I wanted to construct a portable indoor layout in 16mm scale that could live in my office until I had room for it at home. As a member of Bala Lake Railway, I decided to base my new layout on their headquarters at Llanuwchllyn.

The first structure I wanted to attempt was the original GWR Signalbox, and the starting point was the 16mm scale / Gauge 3 GWR design signal box from Kippo Models.

Llanuwchllyn Signalbox is very recognisable and the standard kit would require some modification:

The photograph below shows the modified construction of the ground floor and the rear wall. 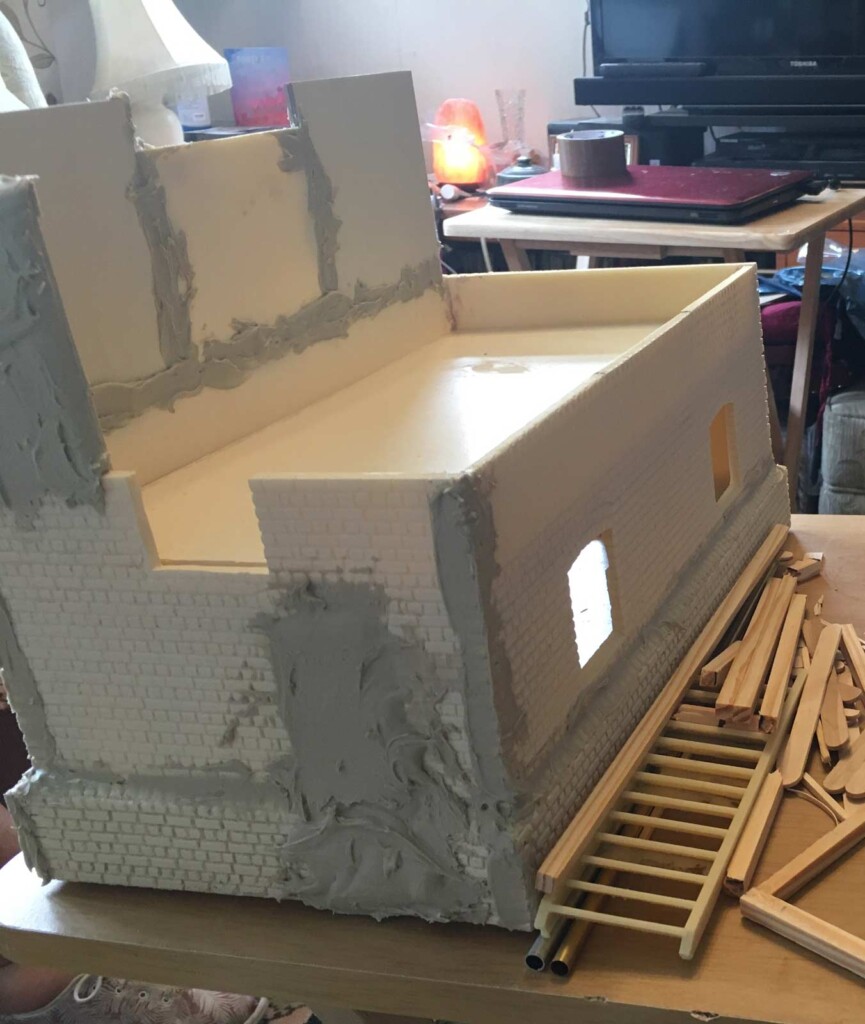 I used Isopon car filler to fill the gaps on top of wooden formers, however, this material is harder than the resin used for the kit, and when you sand it back it is very easy to lose the brick details.

If I had made casts and moulded replacement sections first it would have been much better. 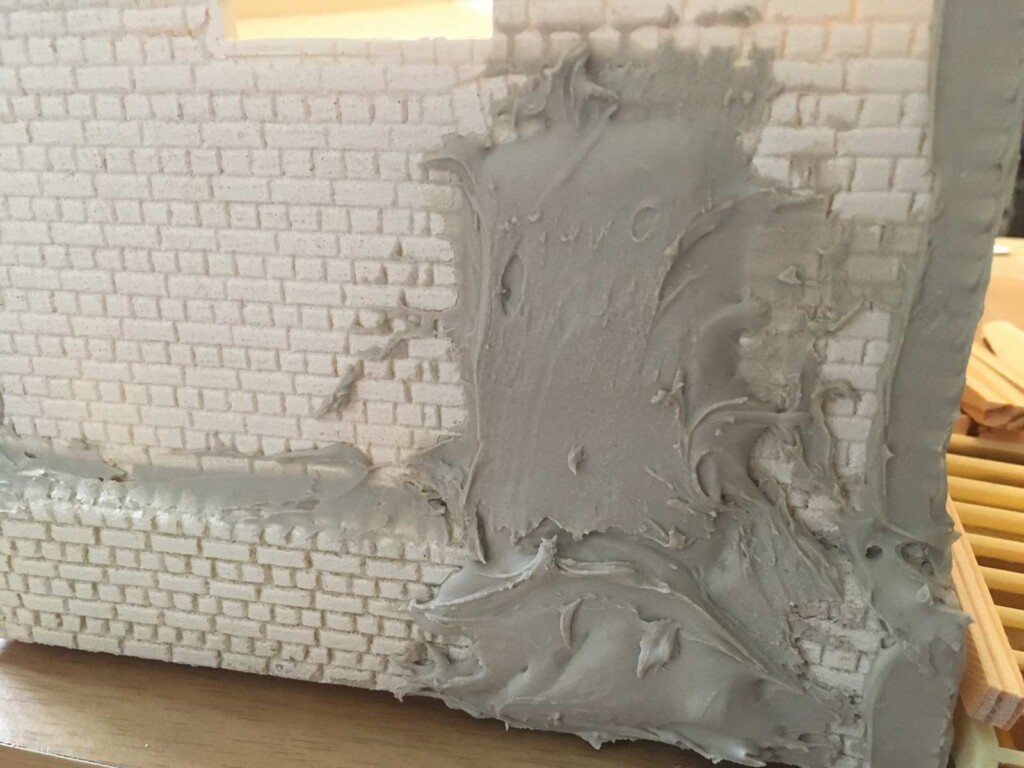 As a ex signalman on preserved railways I want my 16mm scale signal box to have a fully fitted interior for the top floor as it can be seen clearly through the Signalbox windows. The kit as supplied is a bare resin shell with glazing so I would need to make or source everything else.

I have not yet been able to source the “must have” signalman’s arm chair, or a 16mm scale lever frame.

I have modelled the entrance to the box based on Llanuwchllyn signal box using repurposed kit parts and scratch built walls. 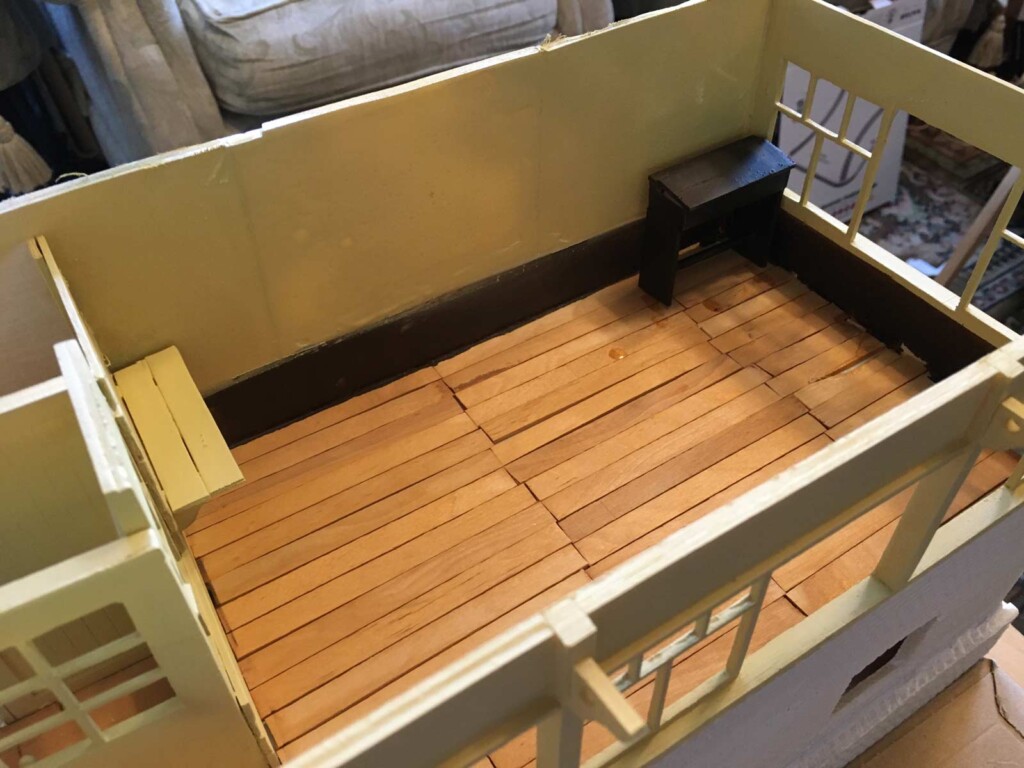 I have built a roof truss from 4mm square wooden doweling to support the working interior lights and the block shelf. (For those that don’t know, the block shelf carries signalling instruments above the signal levers.) 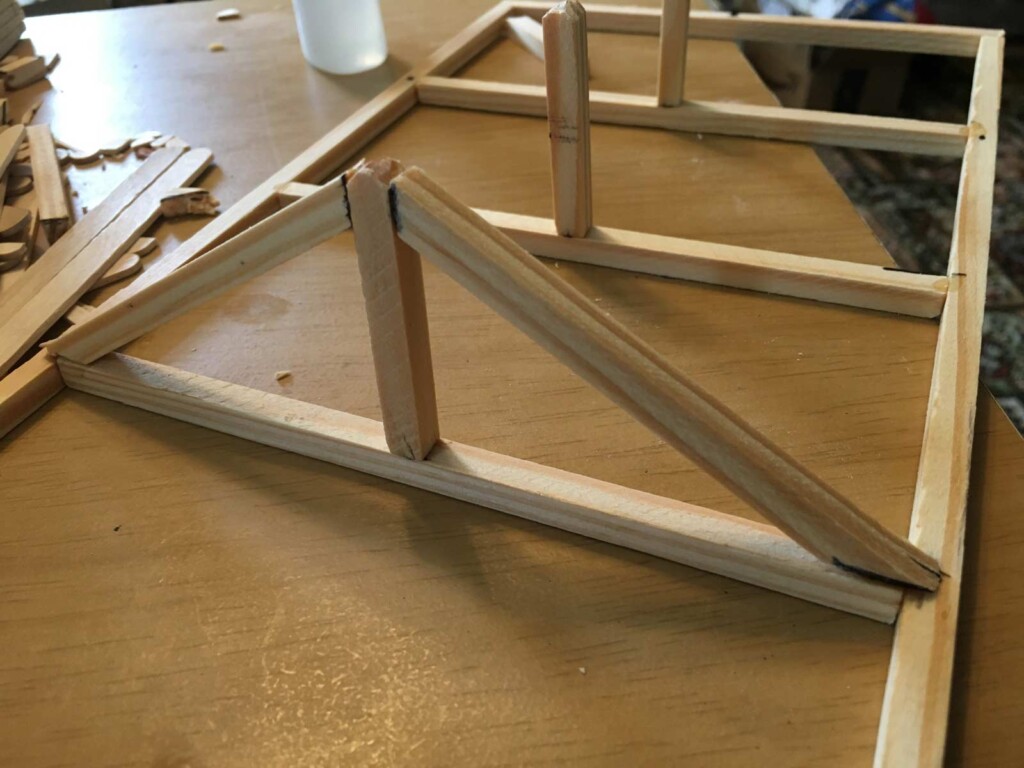 The block shelf is scratch built. 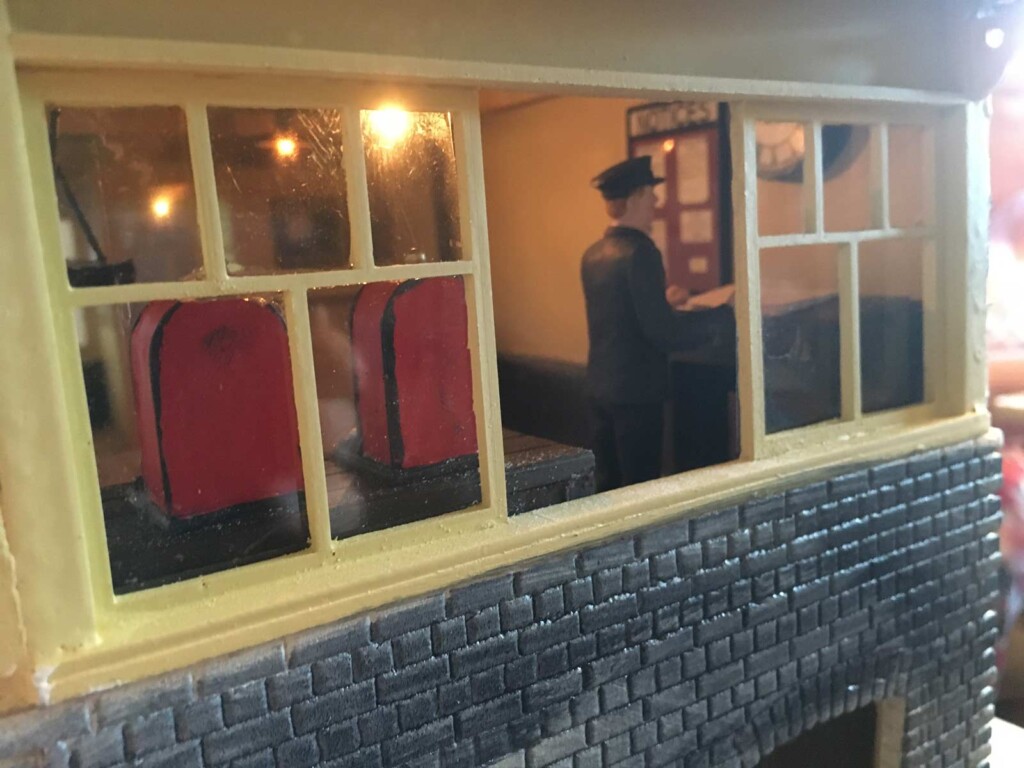 The stove comes without a floor stand to catch the ash so I made one from scrap based on memories of the stove in Toddington Signalbox when I worked there. I also incorporated a Suethe smoke unit in the stove pipe just below the roof level. 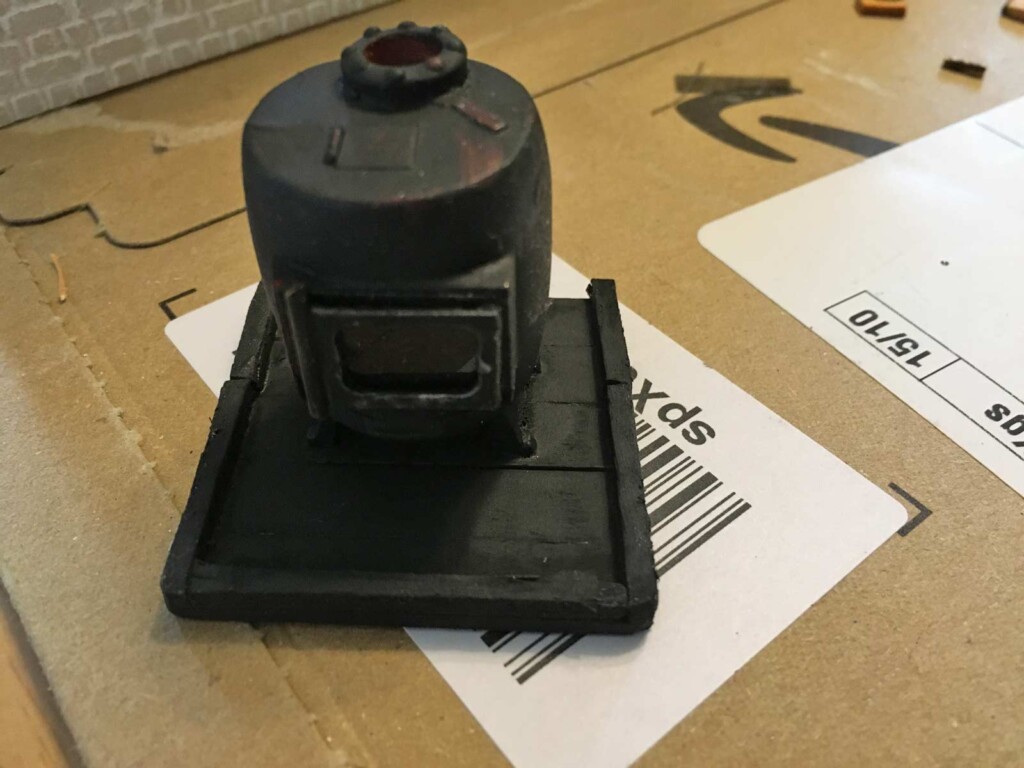 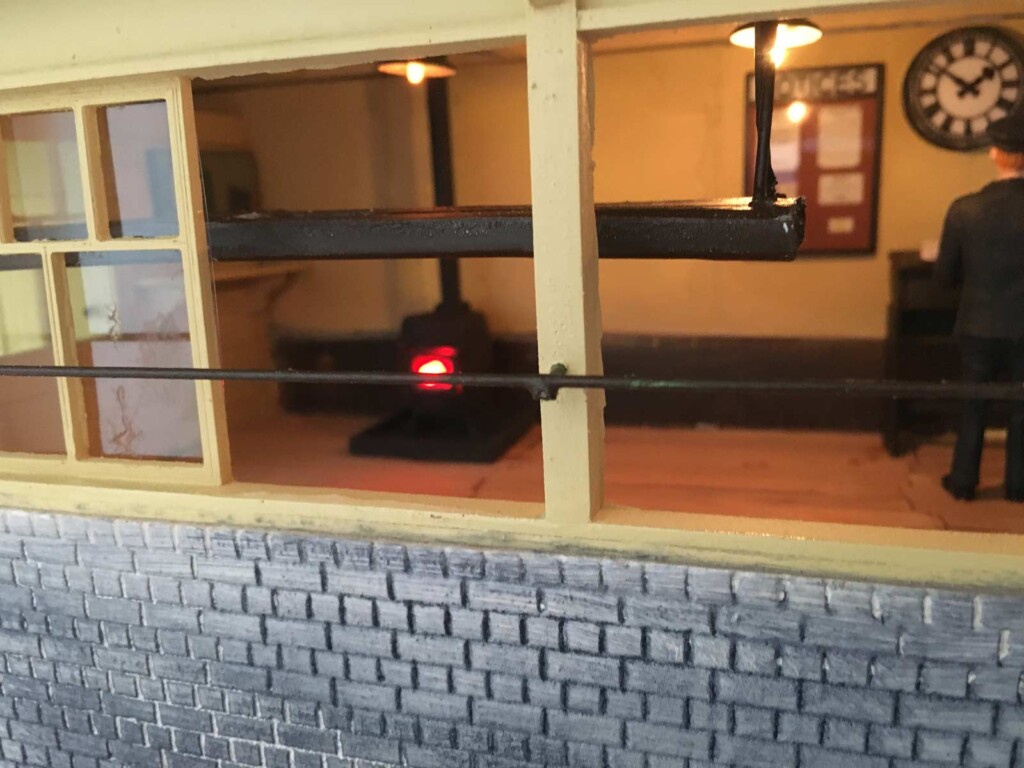 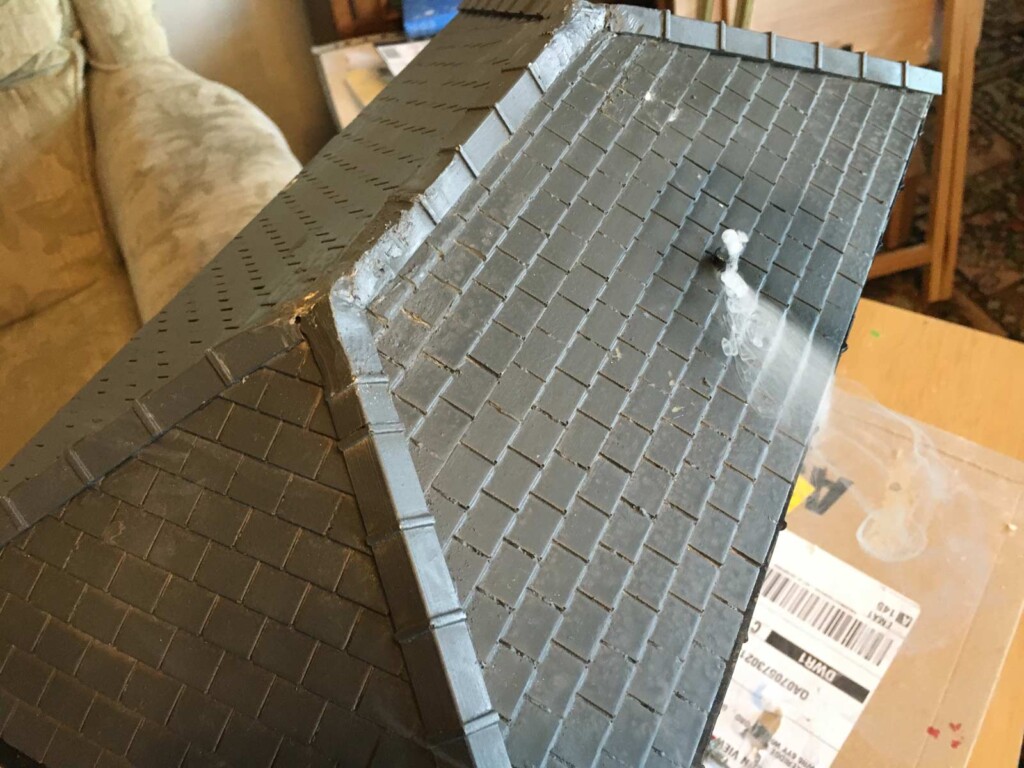 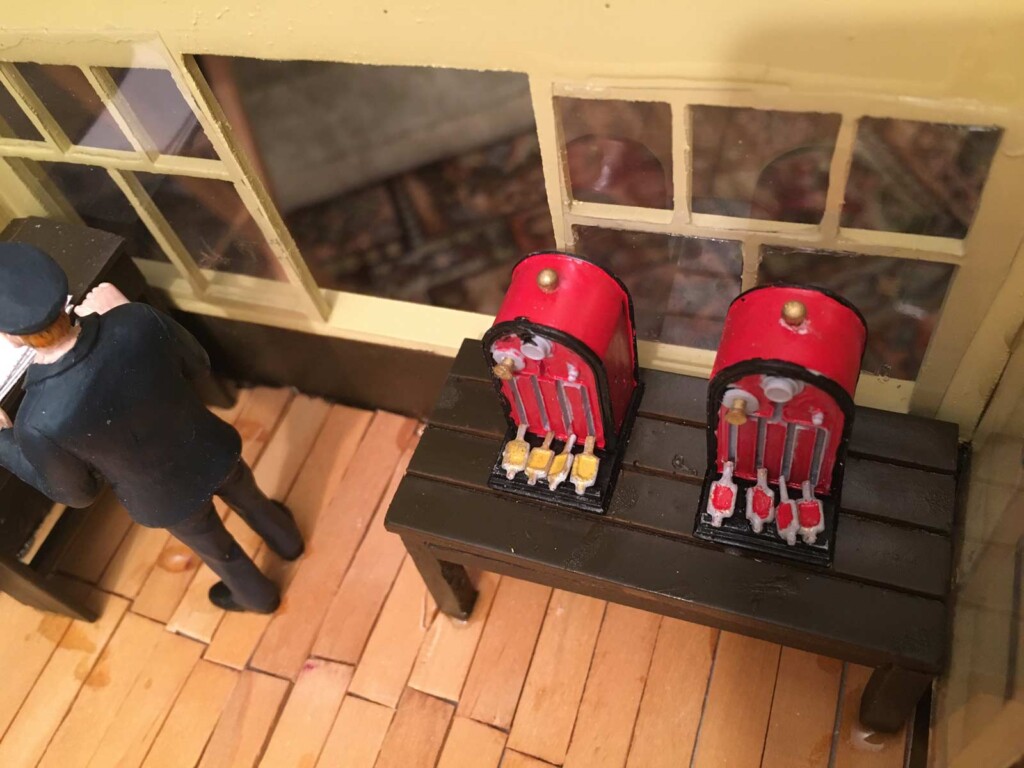 Overall I am very pleased with the result and hopefully the layout will be ready to visit the National Garden Railway Show in 2021. 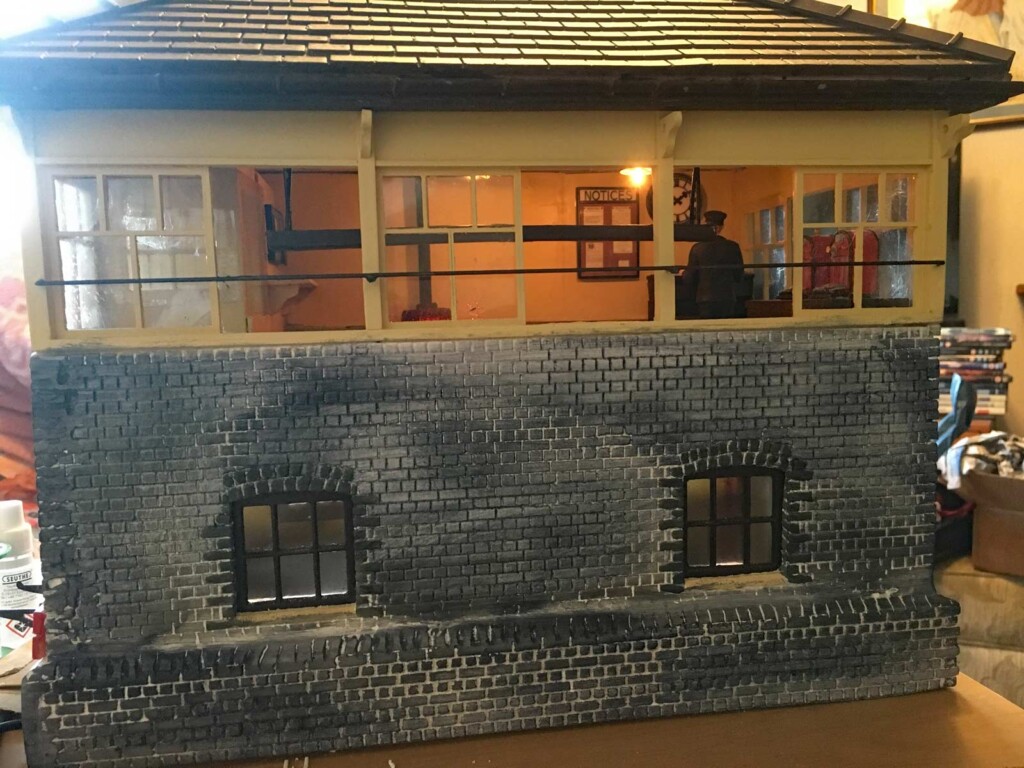