From being first interested in the hobby some 12 years ago, one my first purchases was of a second hand standard meths fired Mamod loco, which gave much fun and entertainment from its unruly manner. Since then a series of other Mamods have been purchased, and modified to tame their behaviour.

Following this success (haha) my next project would have to be a coal fired loco, if this was at all possible. After speaking with a couple of the members from the Guildford Model Engineering Society (GMES) and much head scratching later, an MSS Mamod kit was purchased from Dream Steam and a second hand unfinished boiler was purchased from fellow GMES member Roger Hayward. The boiler was 5 tubed with wet back head, and just happened to be of near correct dimensions to fit the standard Mamod frame, the only modification needed was to step out and slightly lengthen the rear part of the frame to clear the firebox. 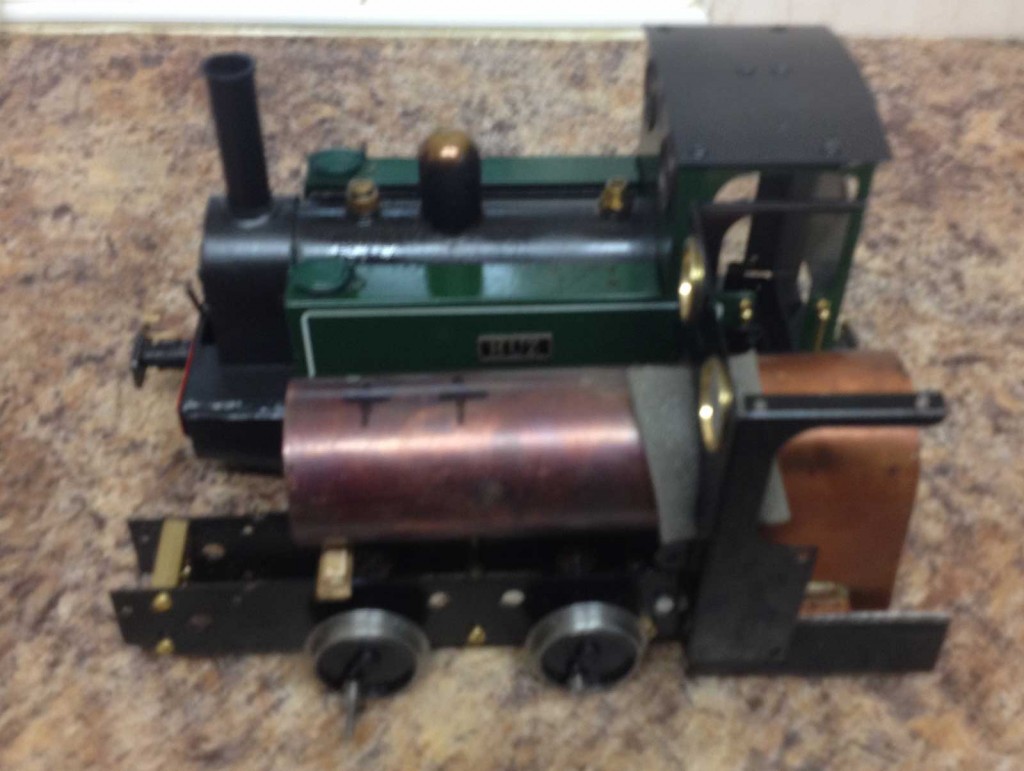 Trying the part-completed boiler in position.

Good friend Paul Cotton took on the task of finishing the boiler, adding a manifold and boiler fittings for pressure gauge and regulator, and steam pipes for the lubricator and superheater, as well blower pipe and jet. The main steam pipe runs to the original Mamod reverser which then feeds the modified Dream Steam oscillating cylinders, as I wanted to keep as much of the original Mamod as possible.

The firebox during construction. 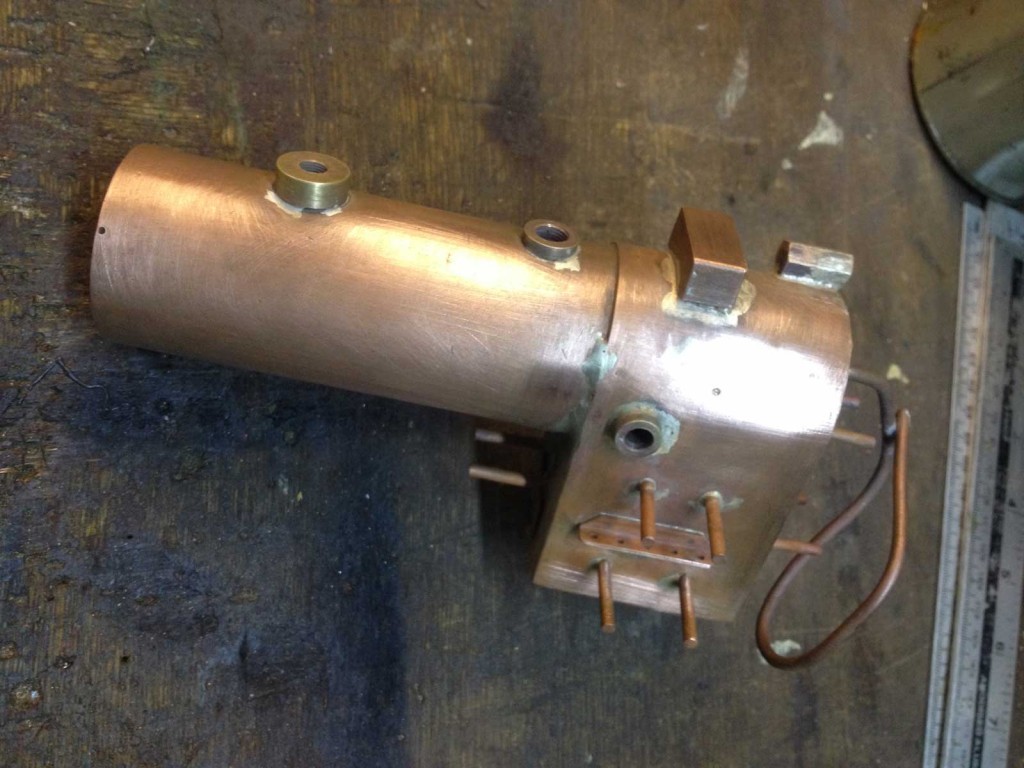 A Roundhouse safety valve is now in place where the standard non-adjustable valve would be, and the top up valve now sits under the steam dome. The smokebox door and funnel were made to suit the look of the standard loco. The fire grate and ash pan were made with the fire grate centrally bolted to the ash pan, which in turn mounts to the  outside of the rear frame as space around the firebox is very limited (non-existent).

Front and rear buffer beams were made up and fitted along with front and rear mounts for the standard Mamod body. The only alteration was the lengthening of the cab roof. 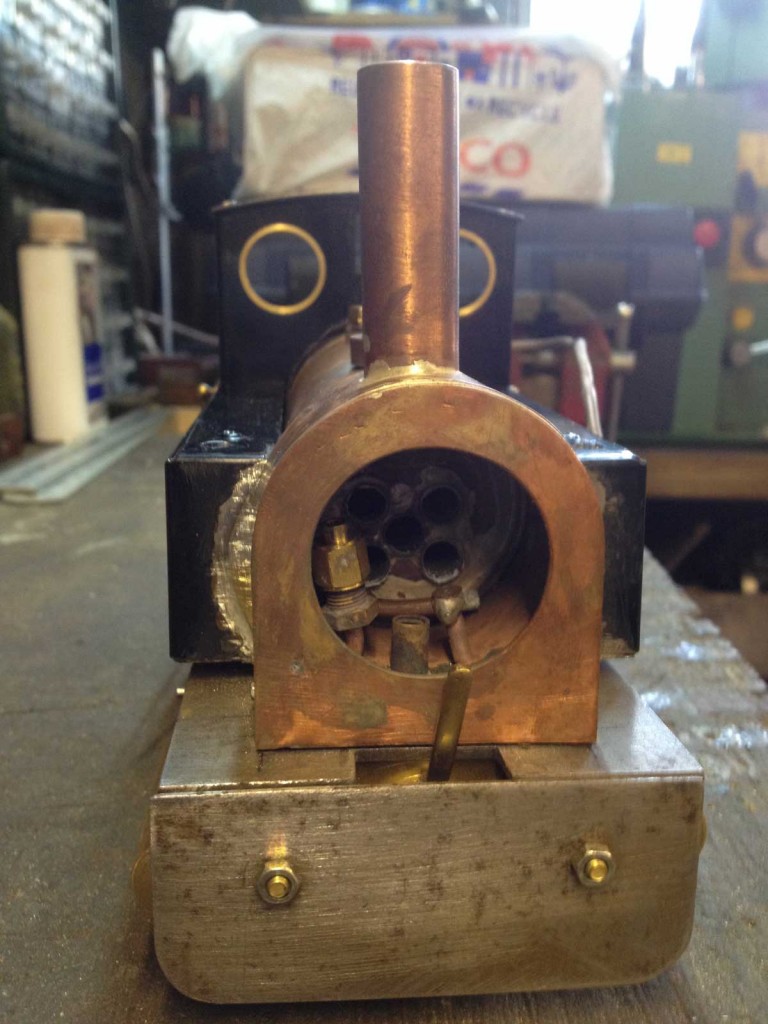 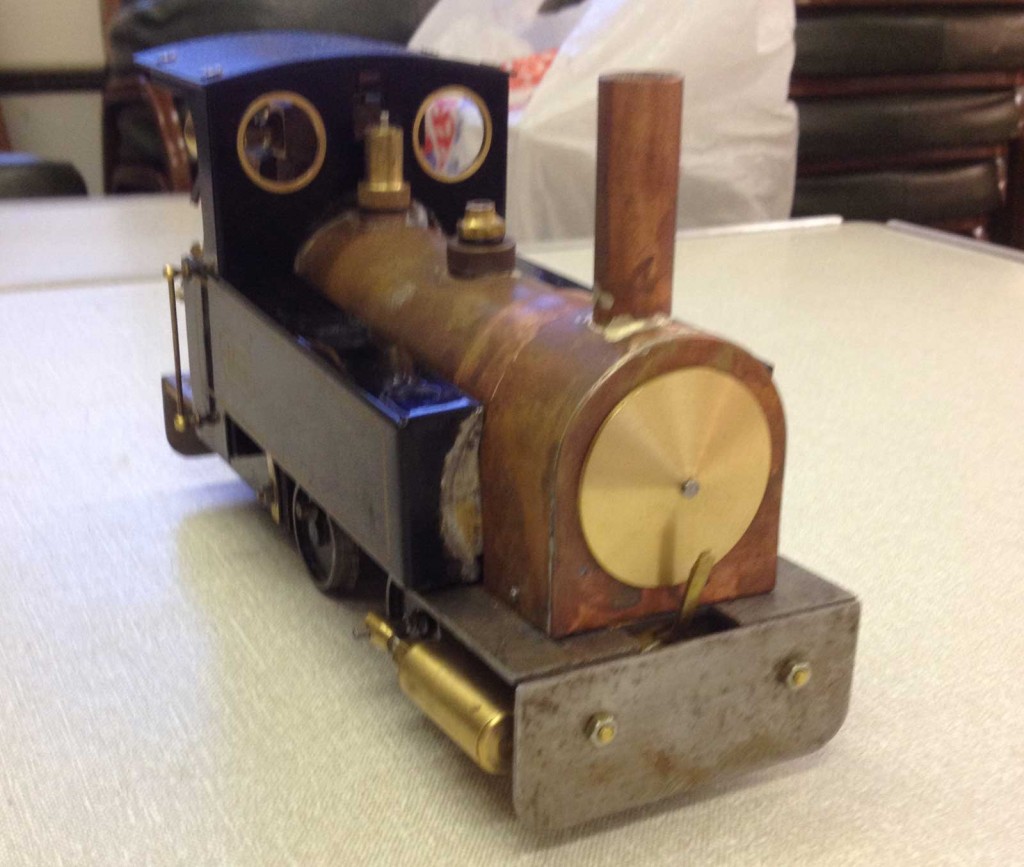 The loco coming together.

Once fully assembled it was out into the garden for test firing; one problem that soon arose was the transition from charcoal to coal. As the firebox is relatively small, the coal seemed to be absorbing the heat but was very slow to start burning. After several attempts, some of which were to leave it running on just charcoal, it was found best to leave the electric blower on for longer to help the coal catch and get a good bed of fire before setting the loco off. 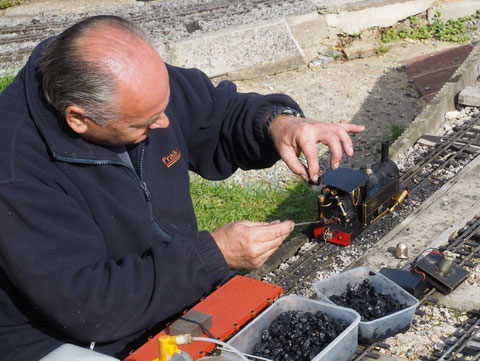 Firing up the loco.

As the boiler is of limited water capacity, being filled with 5 tubes, constant topping up is a must (one to two circuits of my garden layout before replenishing water and the fire). The blower is in continuous use whilst running as the cylinders do not produced enough draught for the fire, but this does not seem to affect the performance of the loco as it runs at a steady 40psi. 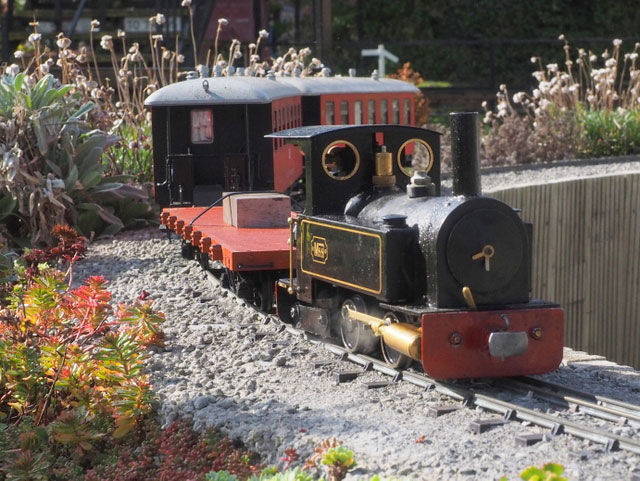 Out for a run. 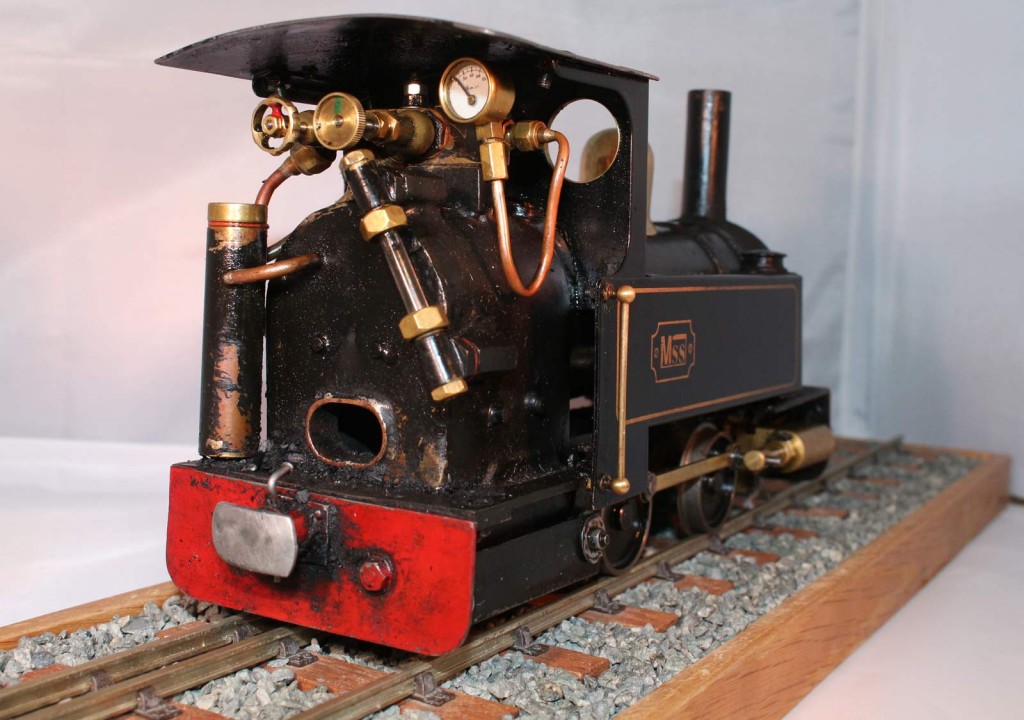