Last year I had a chance to purchase two Kerr Stuart diesels, one of which later turned out be something rather special. The loco is really well built using a mix of aluminium & brass sheet and cast white metal parts. 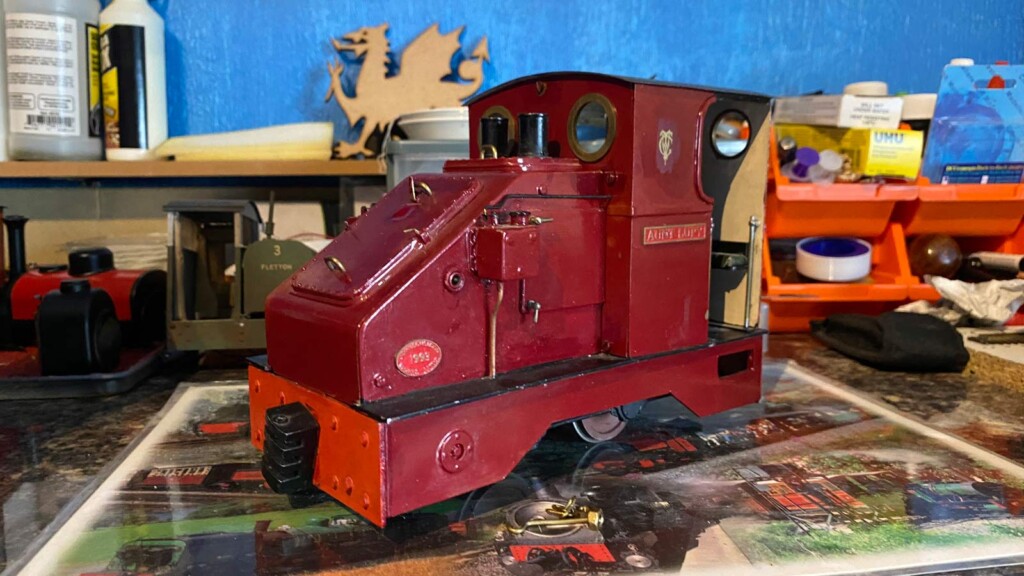 Unfortunately the paintwork wasn’t the best & consisted of several shades of red mixed together & applied quite thick, so after some deep thought, a strip down & repaint was definitely the way to go. I began by carefully loosing off the many nuts & bolts holding the various panels together, which was rather therapeutic. 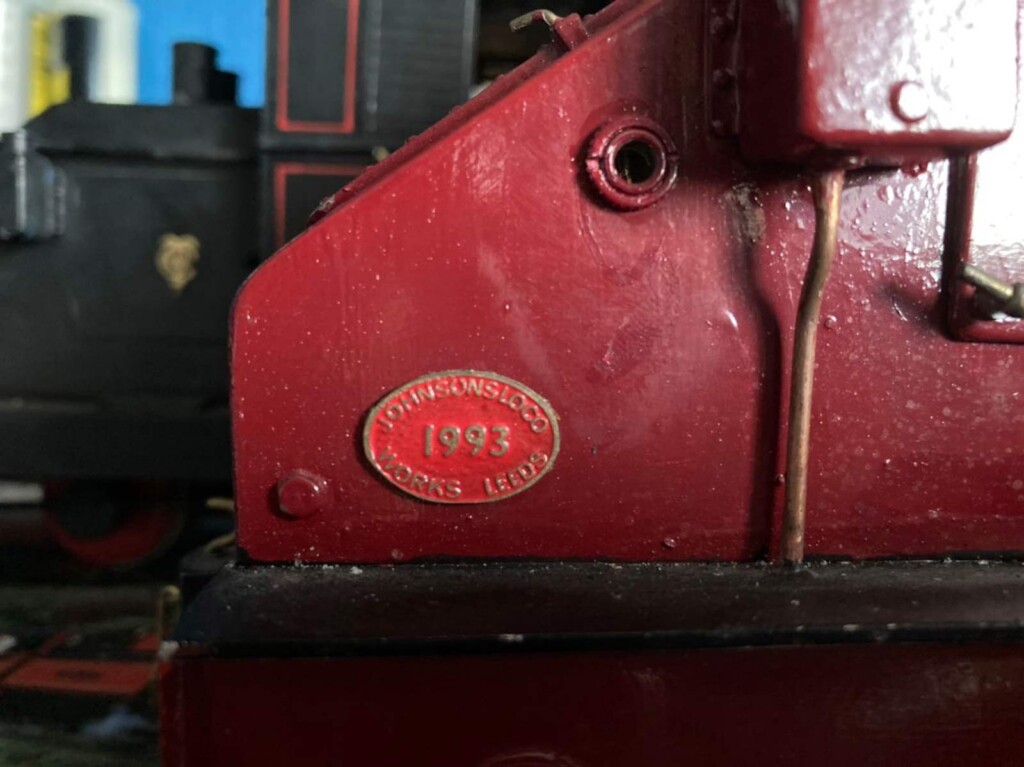 Once all the parts were separated I used a new type of paint stripper I’ve recently discovered called Eco Strip, it’s water based & works wonders on all types of paint, a couple of treatments were needed for the tougher parts but once done revealed some shiny new metal to work with. 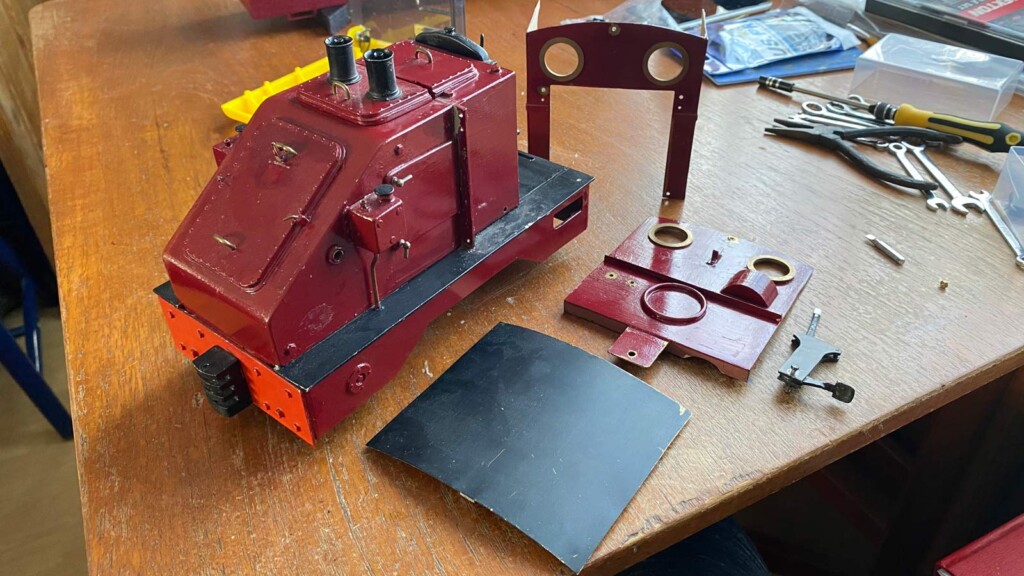 Next step was to clean & prime the parts, first using etch primer followed by grey primer, things were starting to look better already. Thoughts then turned to the final colour, do I stick with the original scheme & go with a nice maroon or go for something different, me being bold I went different. A tin of Rover Brookland’s green was purchased, some workshop red for the buffer beams & stain black for the footplate & radiator grille. 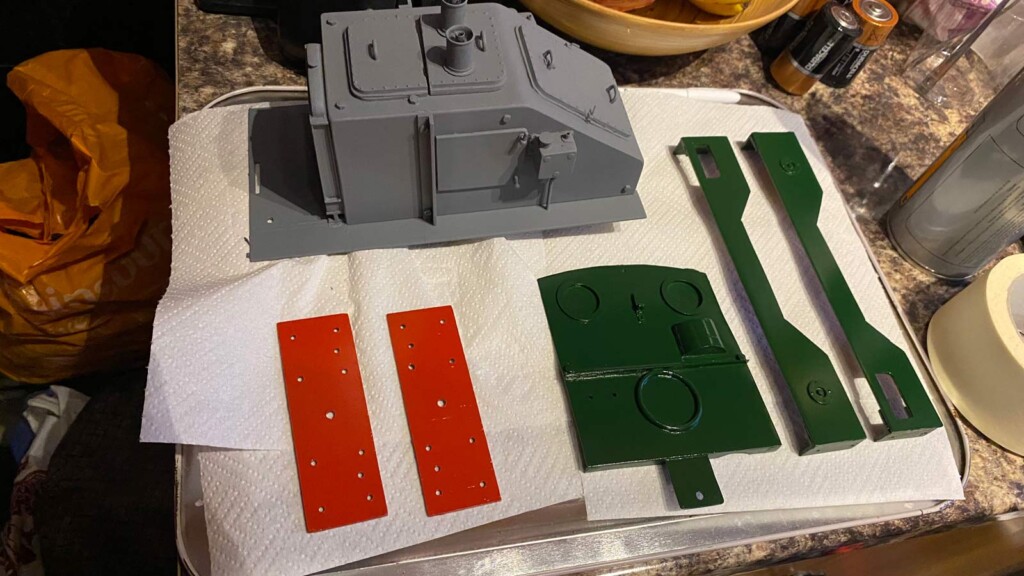 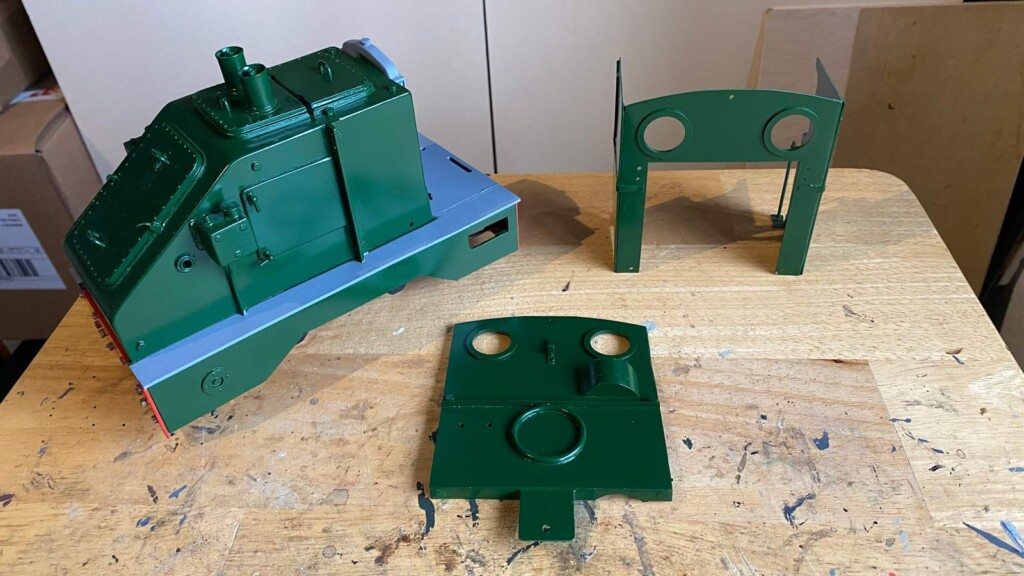 Attention then turned to the electrics, I decided the best course was to strip all existing wiring out & start fresh, to keep things simple I’ve used a LocoRemote module wired to a switch in the cab. The loco has a 12 volt motor mounted between the frames with twin worms driving both axles. 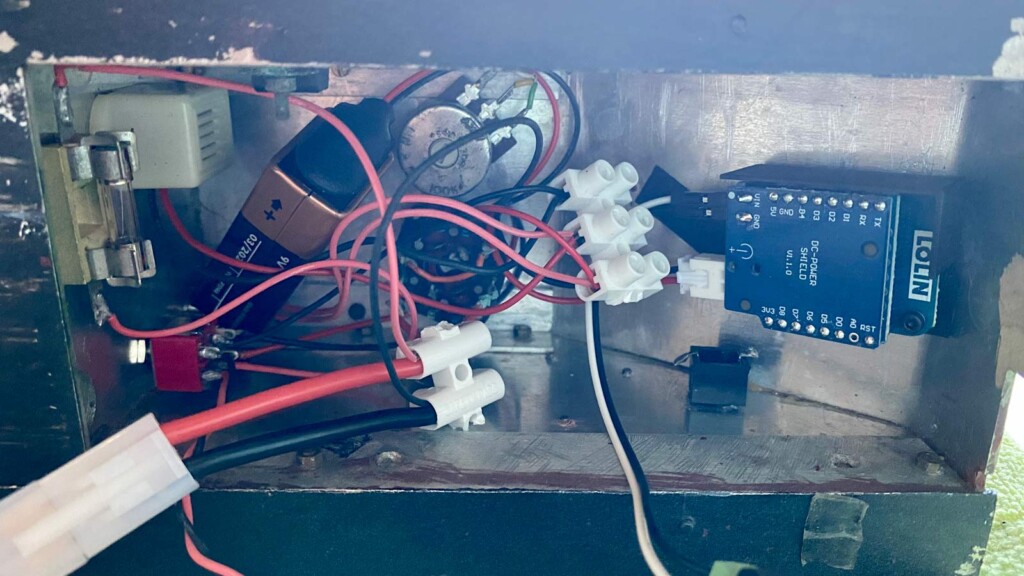 Overall I’m rather pleased with how the loco turned out after the overhaul, after doing all the work I decided to try & do some digging to find out the history, the loco was built by David Johnson of Leeds in 1993, turns out very little is known of his models & he didn’t build commercially so I feel quite privileged to own one of his locos. 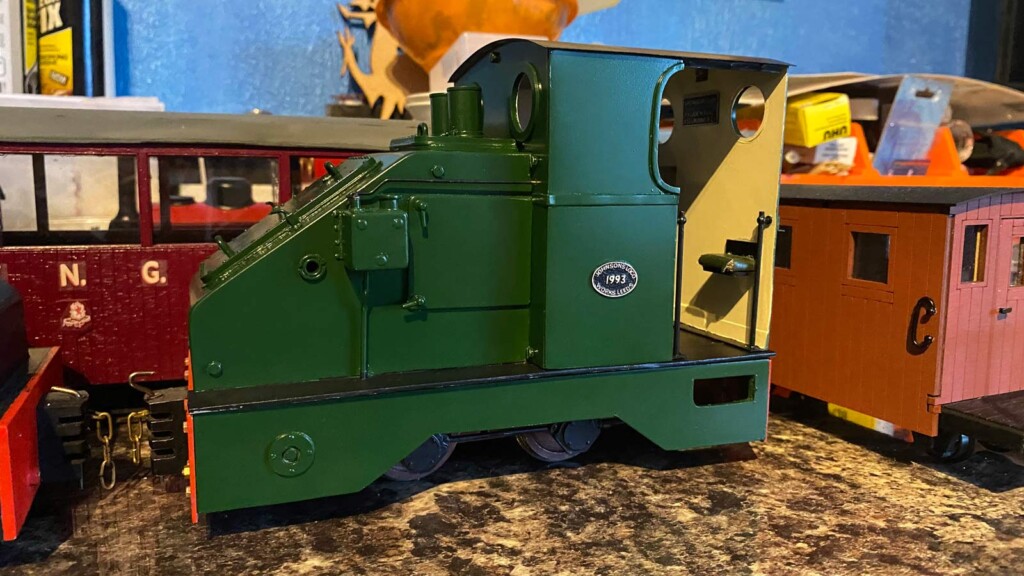 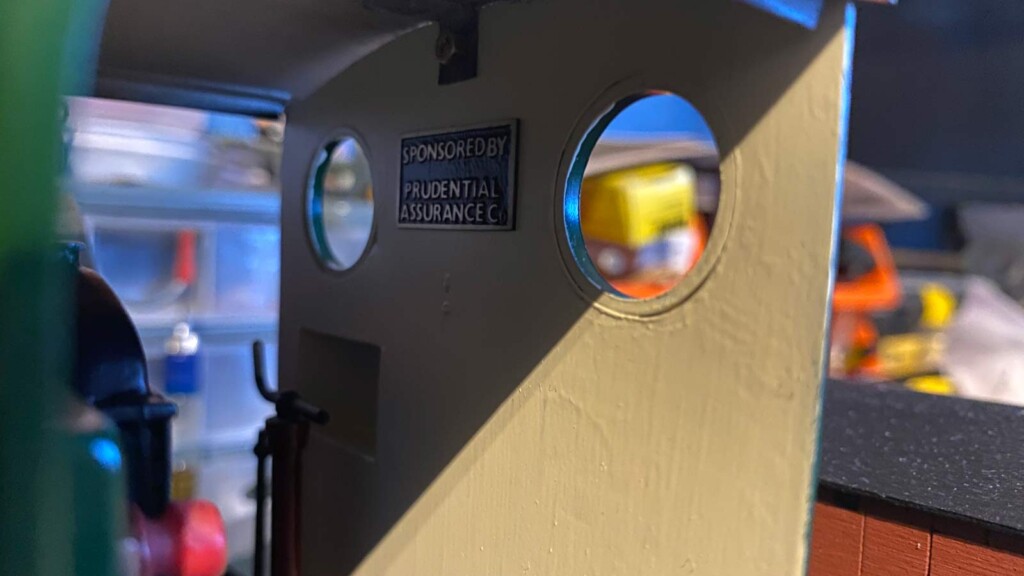