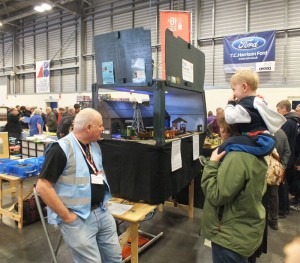 It is with great sadness that I have to advise members that Brian Dominic died peacefully in hospital this morning after a short battle with an infection which tragically proved untreatable.

Brian had been a member of the Association for most of its 42 years and was an active director at the time of his death, having served on the Board at various times and in various capacities down the years.  His passion was for budget narrow gauge modelling, which was the topic he chose to write about in his recent guest contribution to the Chairman’s Column in August SMT.  He had started creating an affordable train kit for the prize draw at the 2020 National Garden Railway Show, which the Board will see through to completion.

Our thoughts are with Brian’s wife Susan and his two sons.  Subject to the family’s permission, we will publish details of his funeral arrangements when available.

An obituary will appear in November SMT and I invite members who knew him to send me their memories so that they may be included.

Brian was an irrepressible, ebullient character who will be missed by everyone who knew him.

Alan Regan – Chairman & Membership Secretary, on behalf of the Board of Directors