Waterproof PVA was used throughout, except for fixing the glazing where liquid poly glue was used. 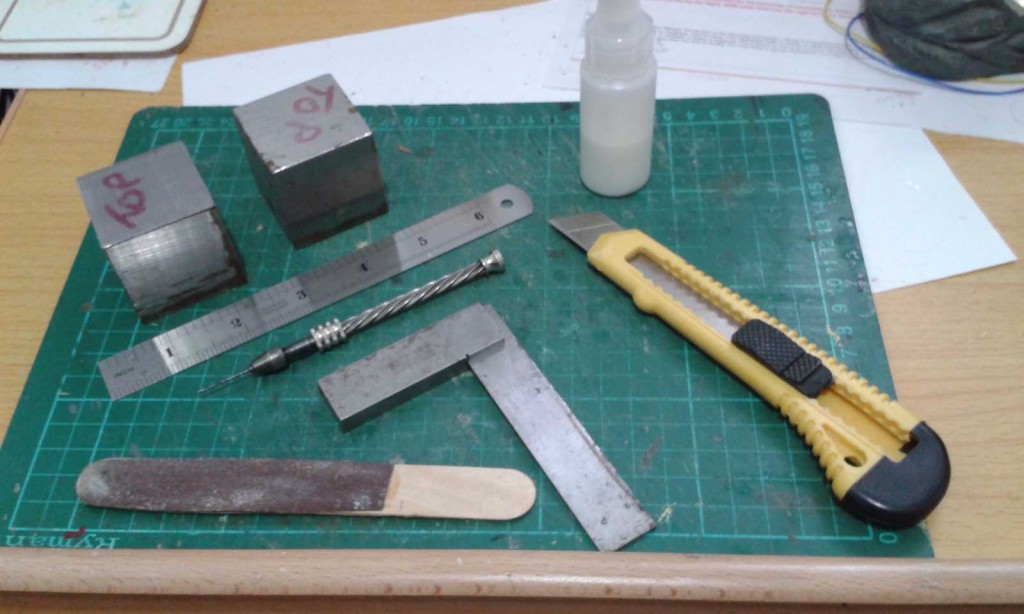 Tools used to construct the carriage.

The first job is to make up the door and window uprights. As some of the pieces need to be precisely placed onto others I decided to make up a jig. 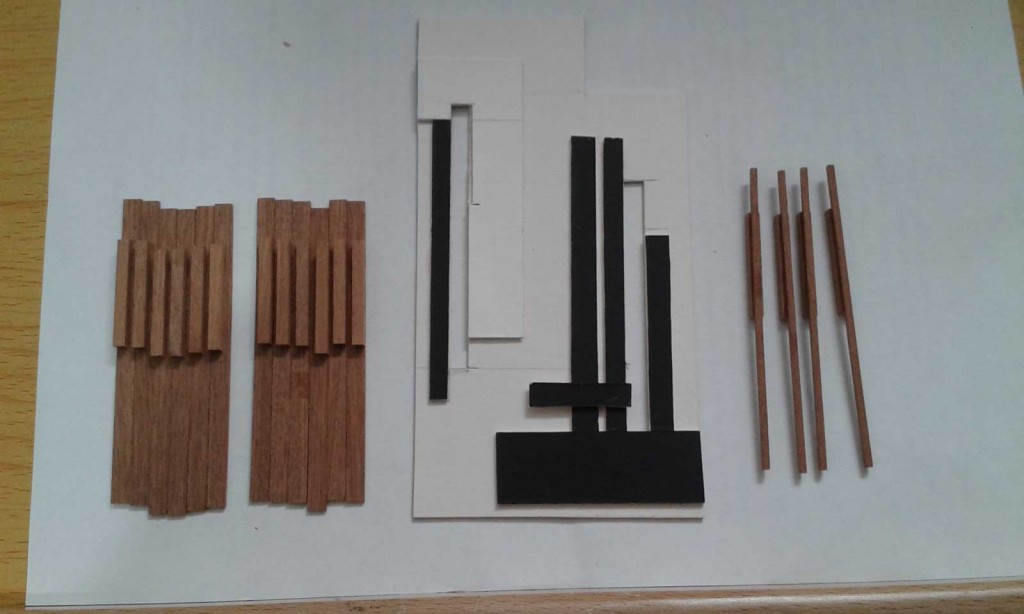 The jig and made up pieces. 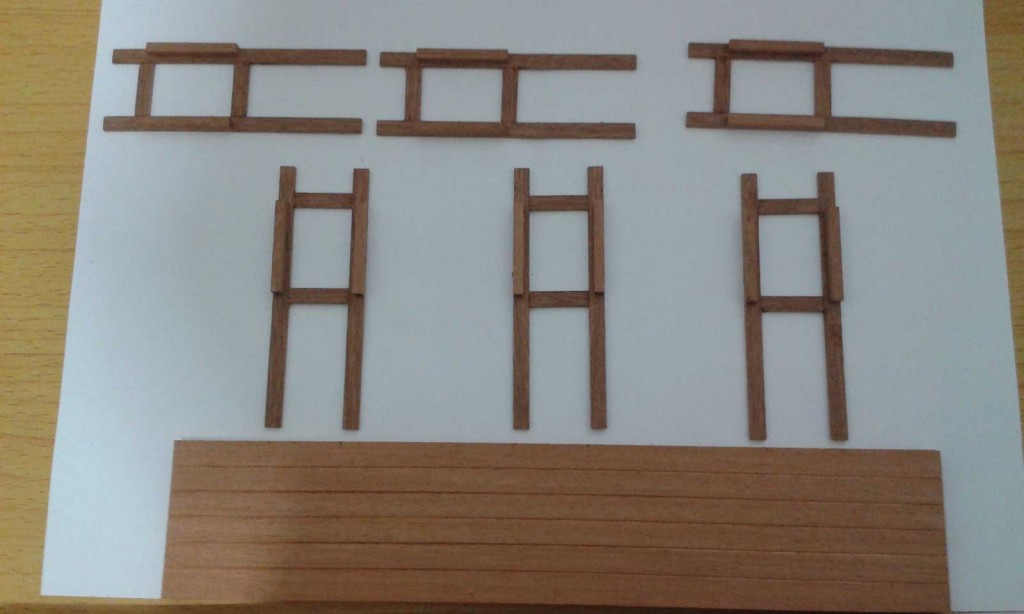 Door frames made up, ready to be glued to the lower sides. 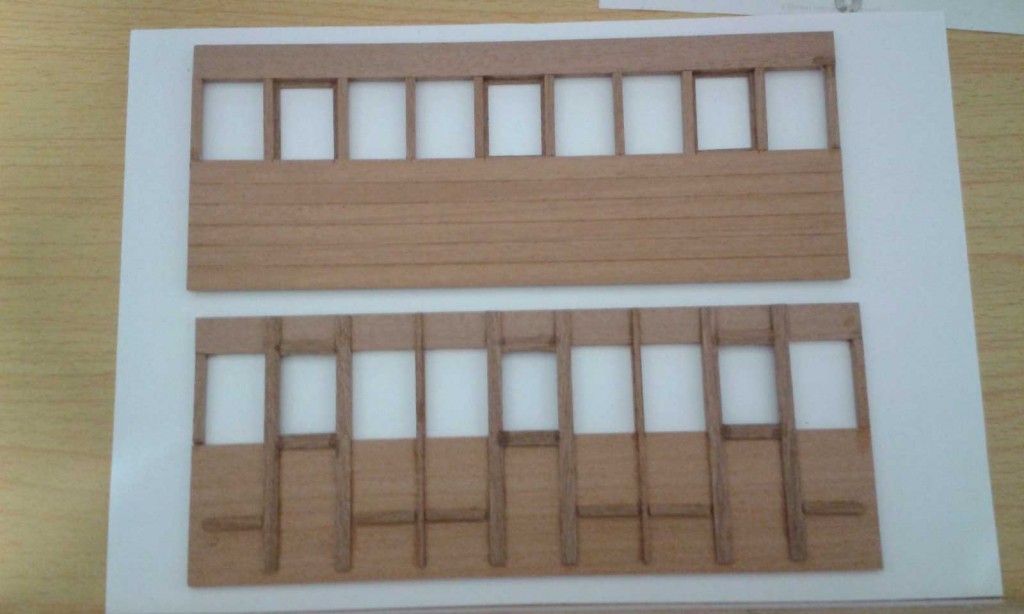 Inner and outer views showing the door and window frames attached to the lower side. The lower horizontal pieces will eventually support the bench seats. 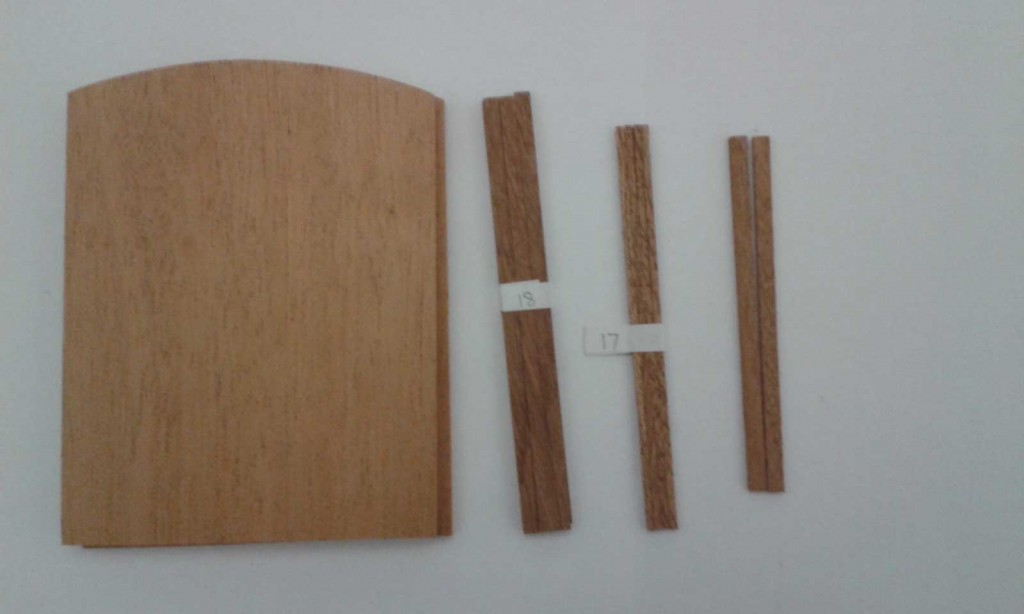 The ends with the sticks that will make up the panelling. 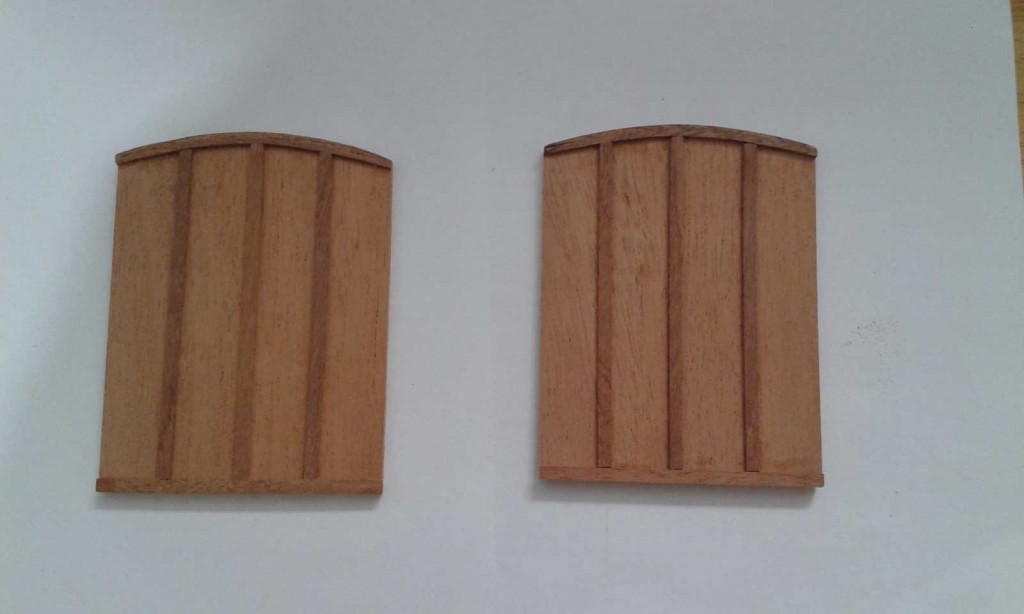 The ends with the panelling fixed. 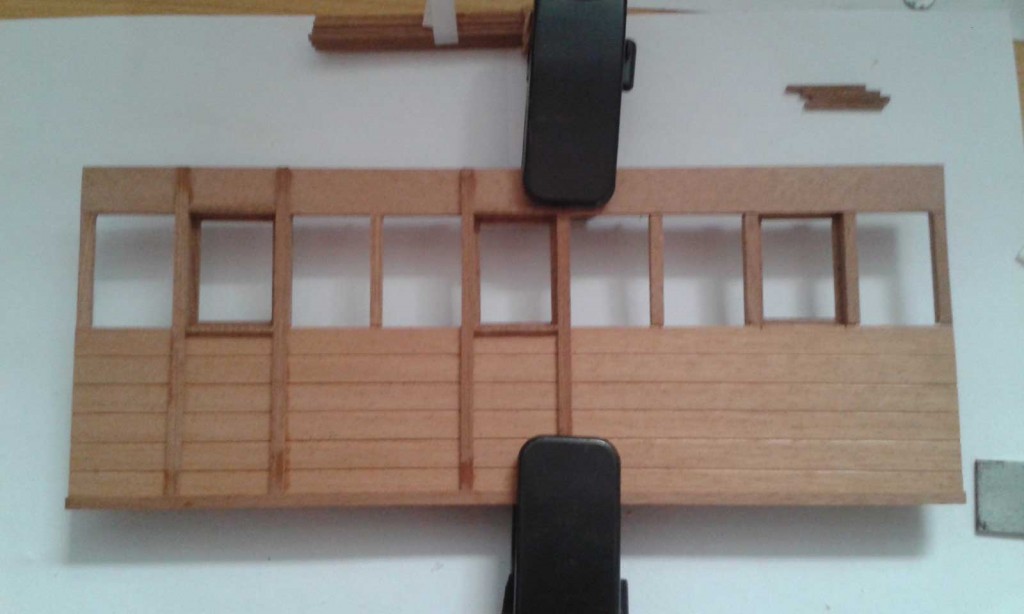 The door frames being fitted to the outer face of the sides. 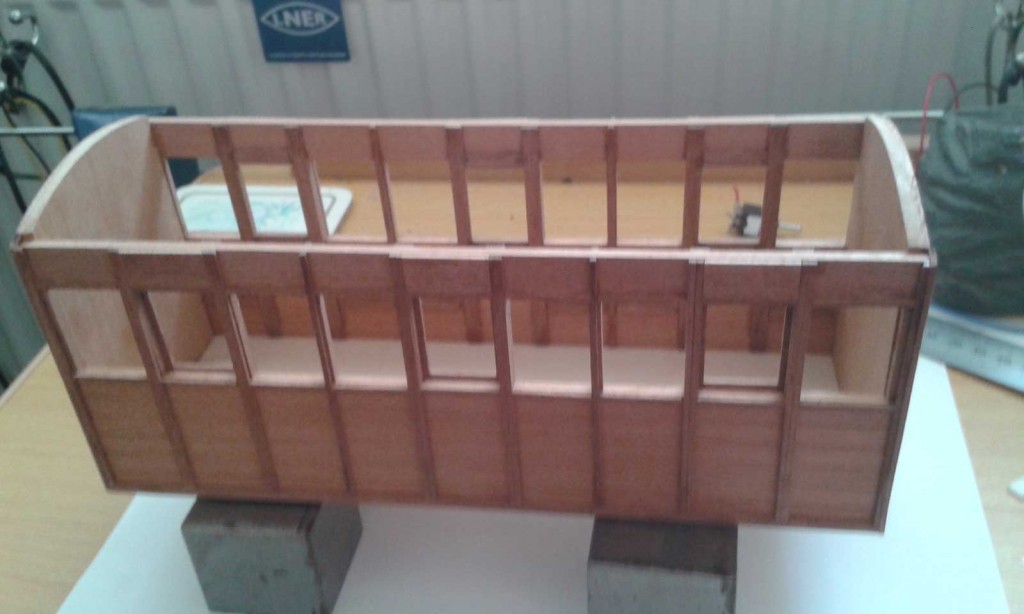 The box made up, with all the panelling fitted to the sides and ends. 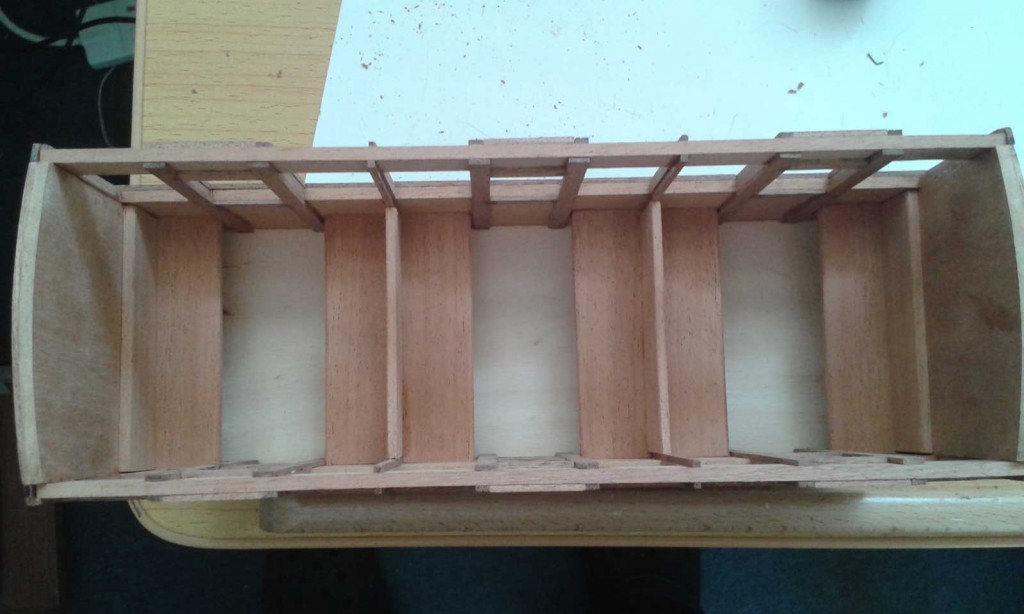 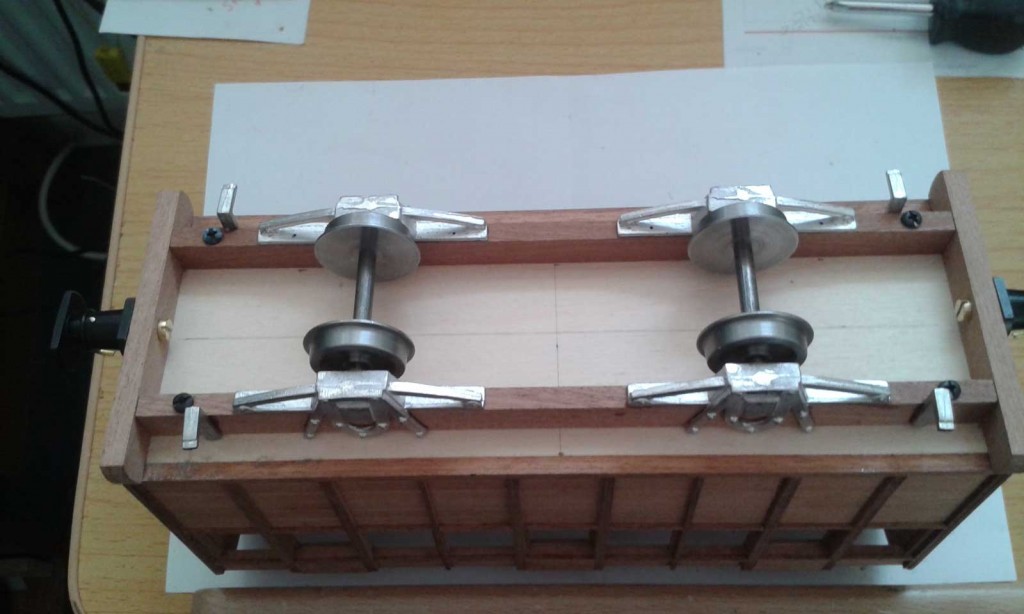 Detail of the solebars, wheels and buffer fittings. 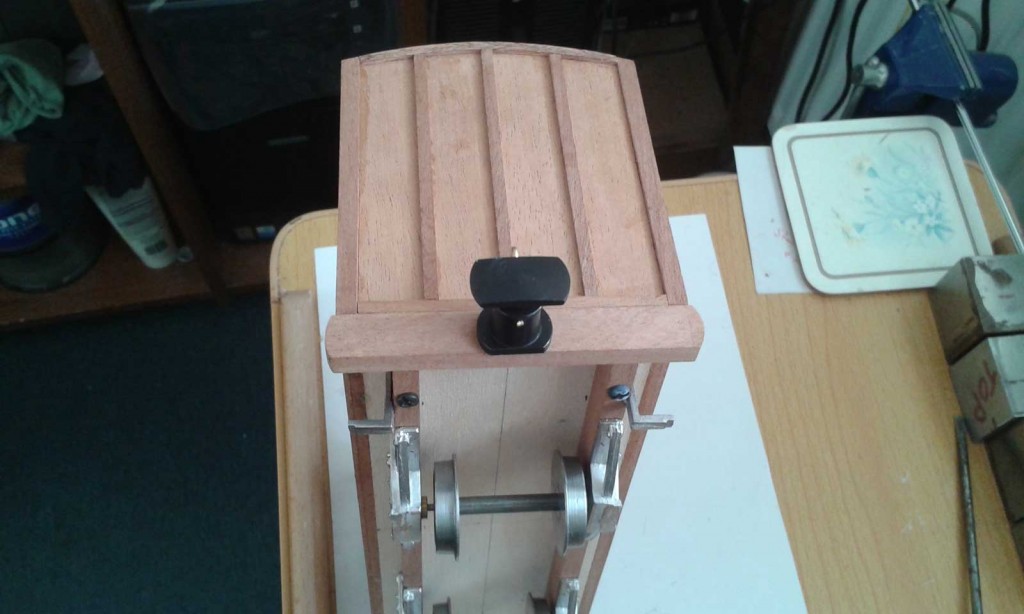 Detail of the solebars, wheels and buffer fittings.

Roof materials marked out for assembly 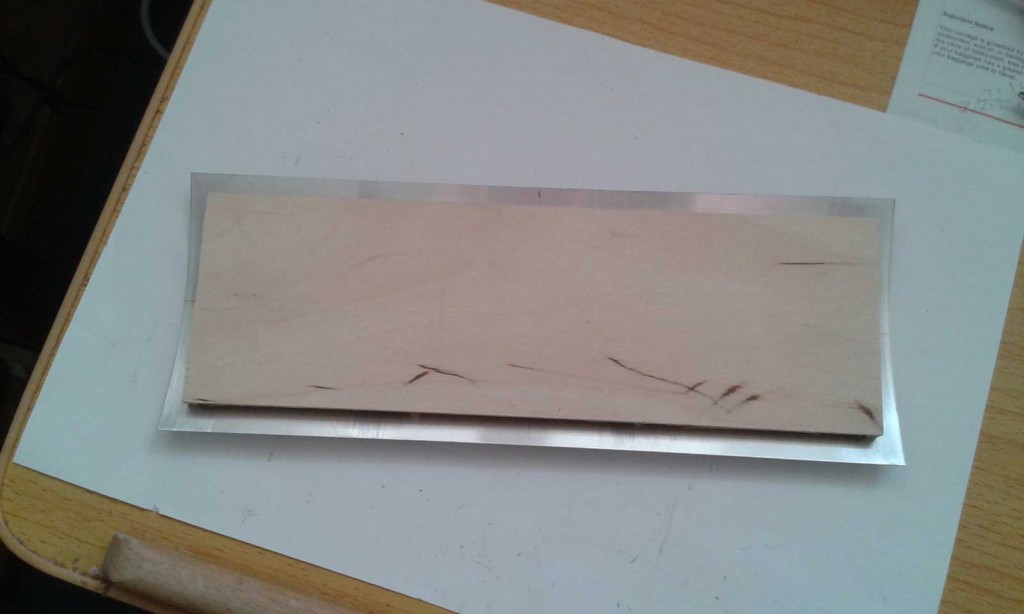 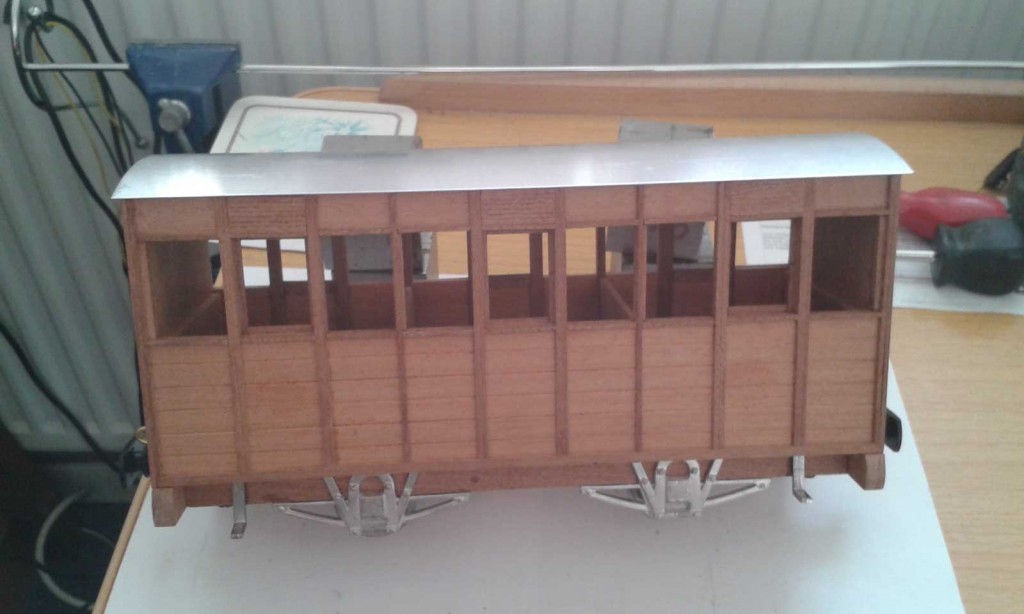 Almost done: painting and varnishing to go, before fitting the glazing. 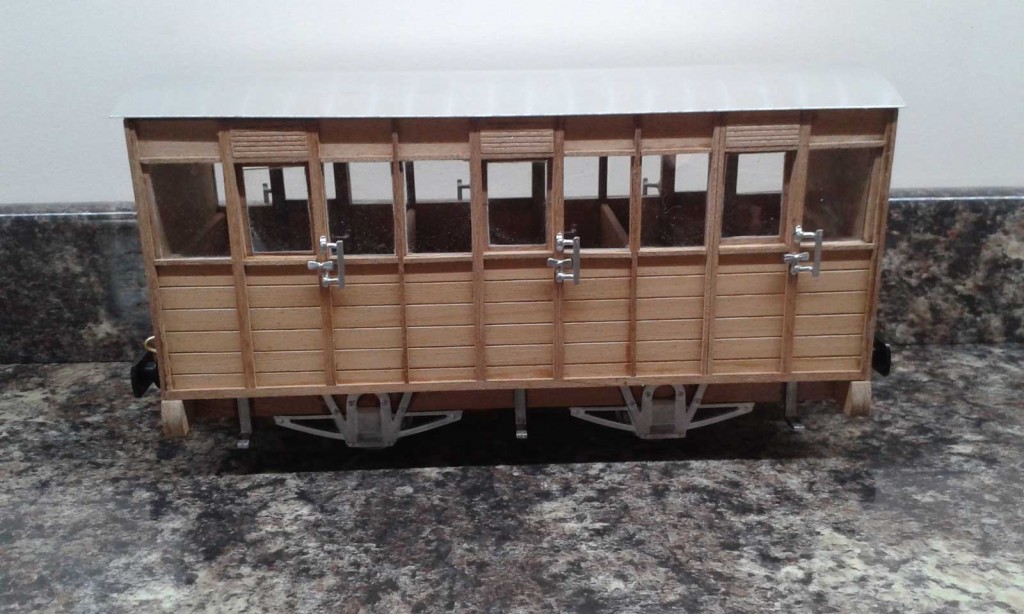 This build completes a project started three winters ago when I bought three kits of Talyllyn coaches made by Perfect World. They were of Coach No 3, Coach No 4, and the travelling ticket office. 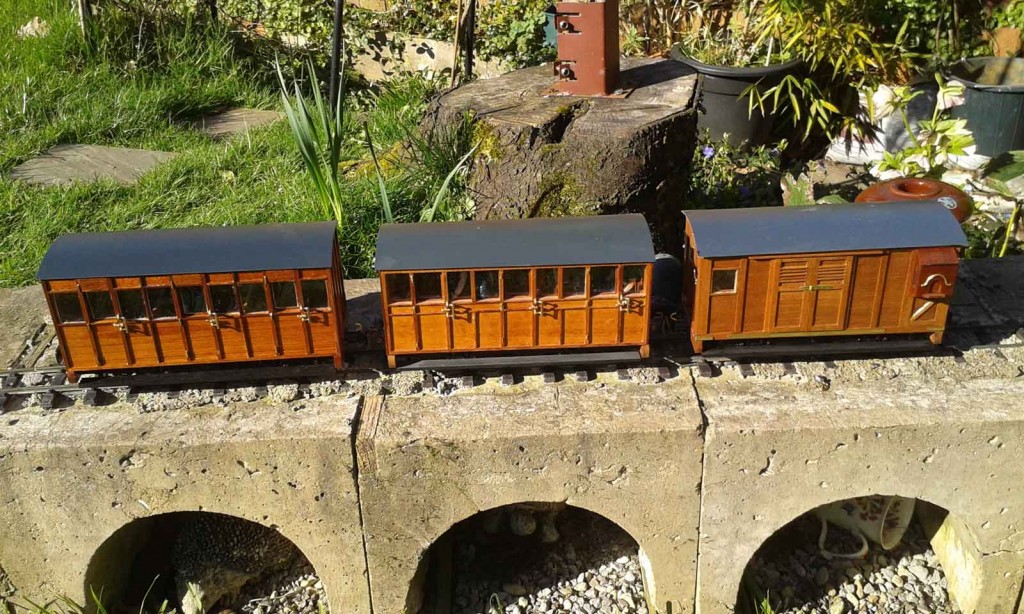 Close observation of the travelling ticket office will reveal that it is in fact a mirror image of the real thing.

The story behind this is that, no matter how many times and how thorough you read the instructions, they can still be interpreted wrongly. On this occasion it was quite clear that when constructing the box that made up the carcass of the vehicle that ends marked “A” were to be fitted together and so on through to ends “D”. This I did and once the glue had set I started to fit the detailed overlays.

Only when I came to fitting the planking overlays did I realise something was wrong. The only way the window openings would line up was with the planking detail on the inner face. After much head scratching, to find out what had gone wrong, I realised that the markings ABCD on the initial box build should have had the marking on the outside rather than the inside as I had done.

I pondered what to do: I could disassemble what I had done so far, but that would have meant trying to unglue too many bits so I decided to mark out the planking on the plain sides and fit the other parts in mirror positions.

I took the completed coach No 3 and the Travelling Ticket office to the running day at the Llechfan Garden Railway on the occasion of the Talyllyn 150 Gala, and no-one noticed! So I was finally happy with the build.