Having built a meths and a gas fired loco the next progression was, I thought, a coal fired loco. Believe it or not I started the frames in 2009 from side, front and plan orthographic drawings enlarged to 16mm scale. It has taken another seven years to build Russell and this is the story.

The frames were scaled from the drawing and machined by hand. 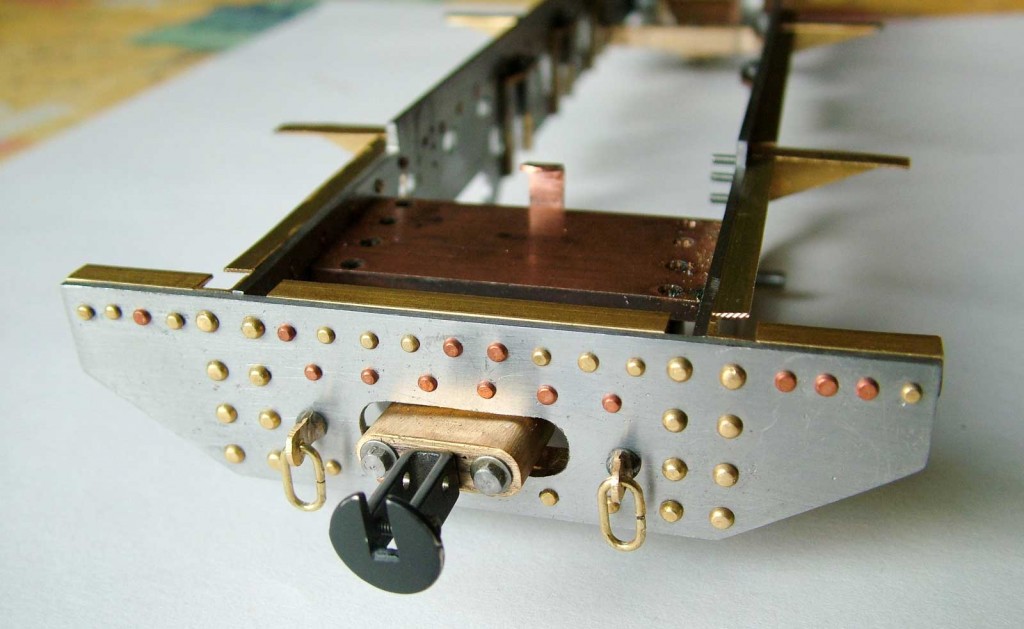 The assembled frames with rivet detailing. The brackets were positioned as per the original. 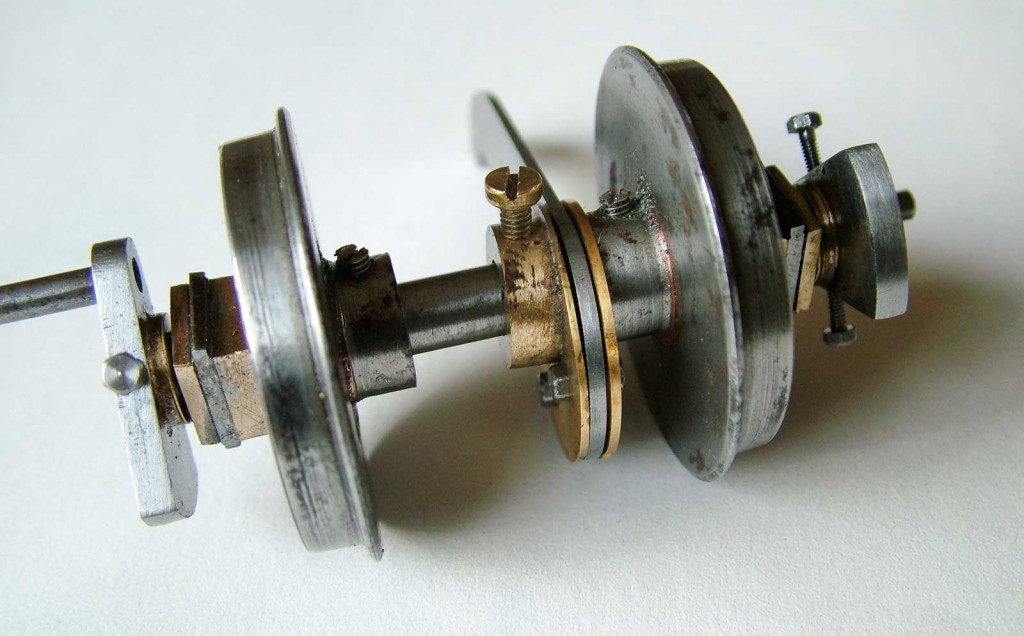 The cast iron wheels were machined and assembled with the axle pump eccentric and axleboxes. 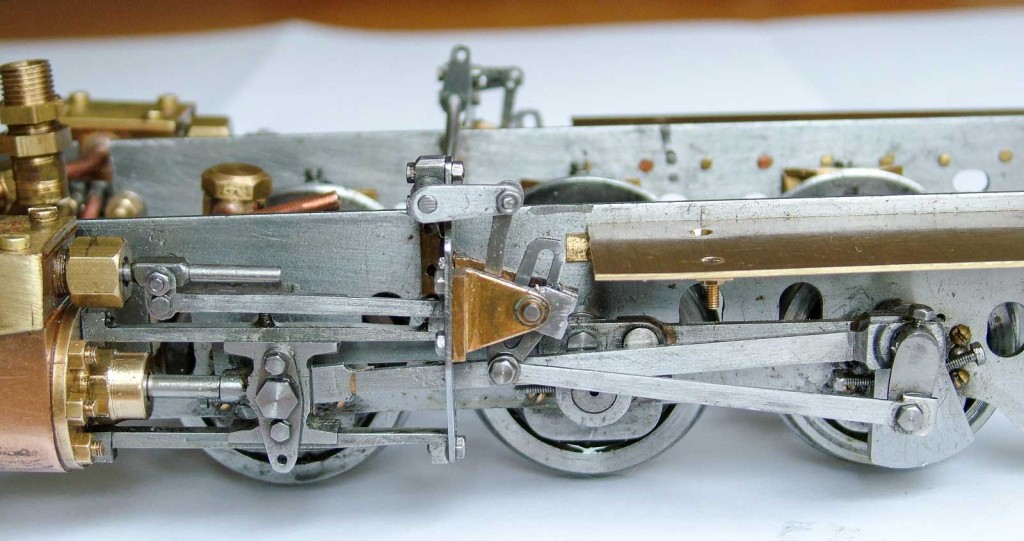 The motion was again scaled from the drawings. 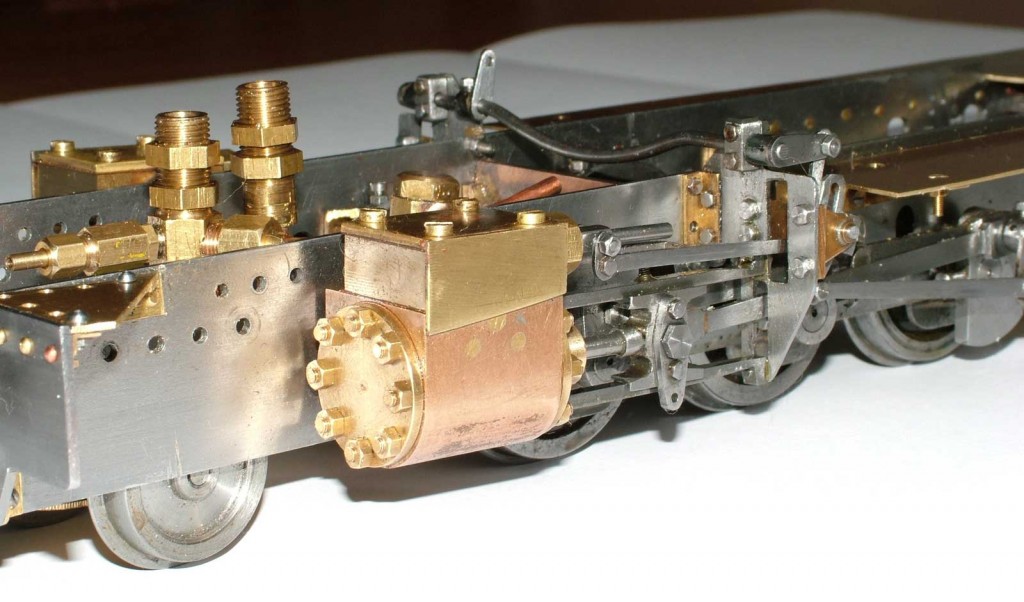 The cylinders were Roundhouse but their geometry was wrong; after modifications they were fit for purpose. 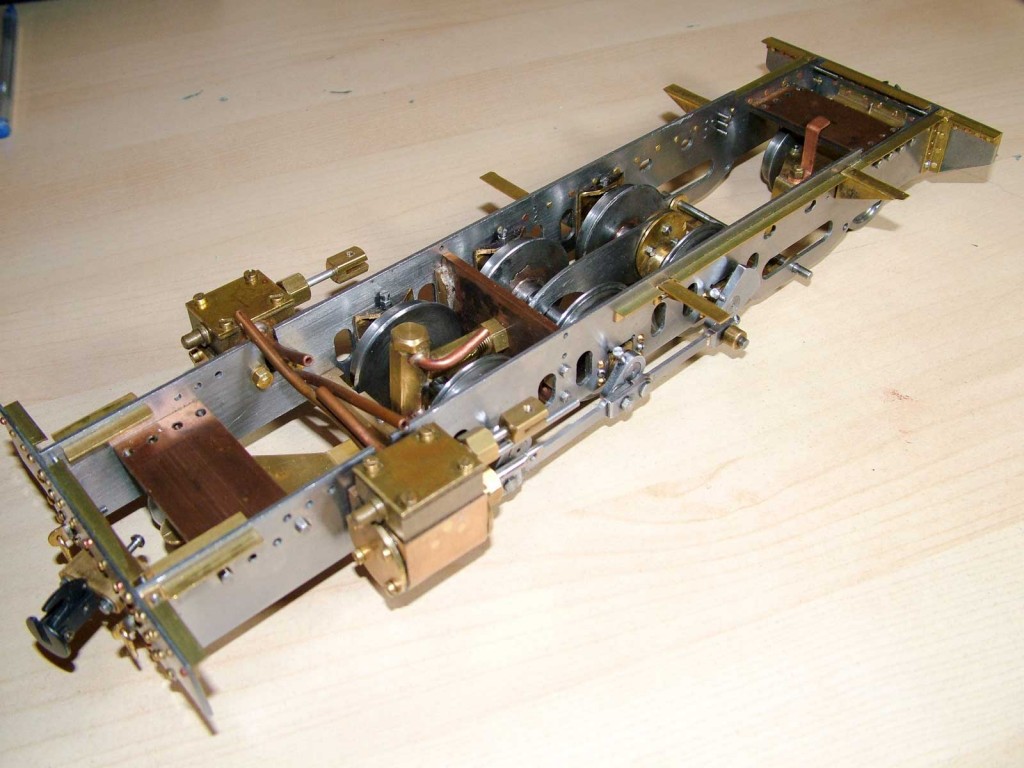 It was time to assemble the chassis. We have now moved to 2012. 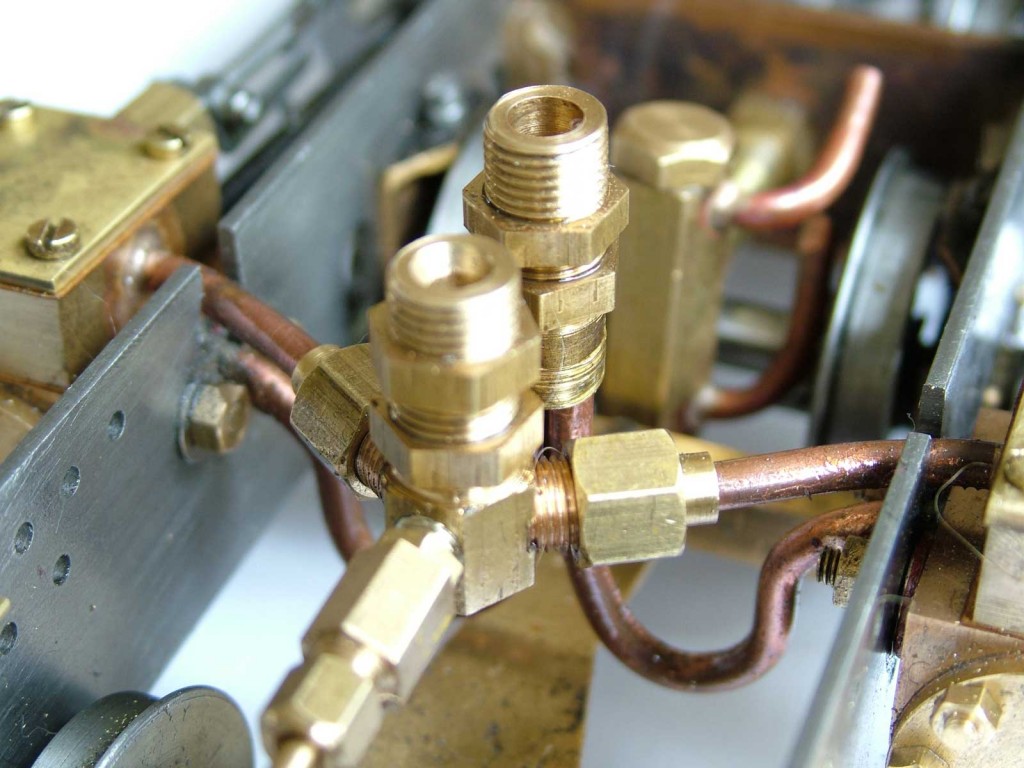 The next stage was to manufacture the steam inlets and exhausts. To assist smokebox draughting the exhausts from the cylinders were swan necked into the base of the blast nozzle. 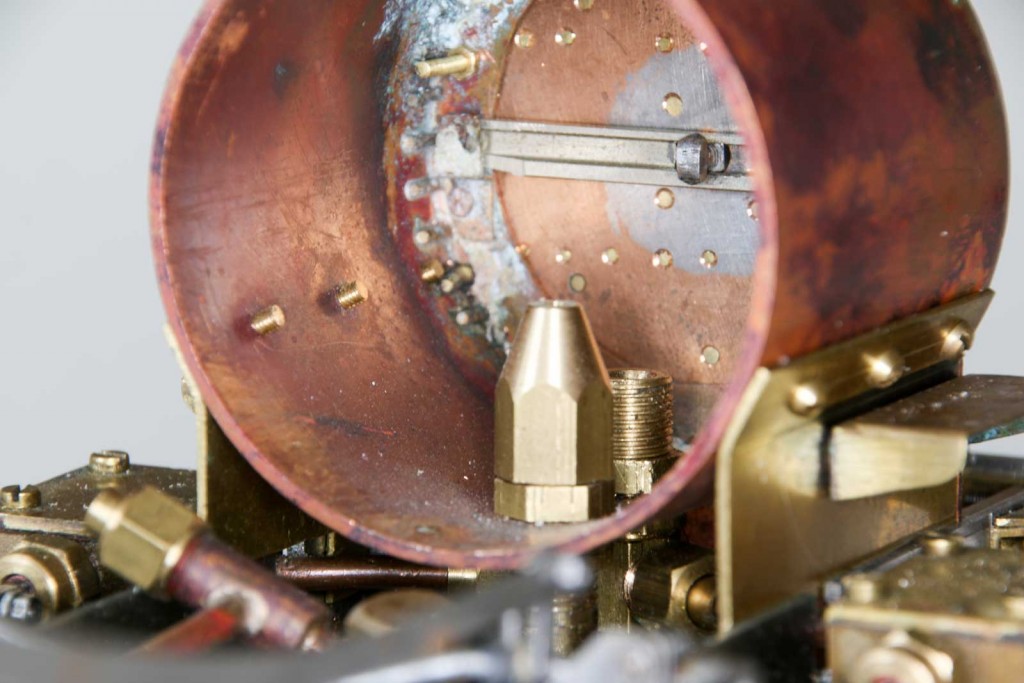 As I wasn’t sure of the best nozzle size a removable one was made, which proved useful later on! 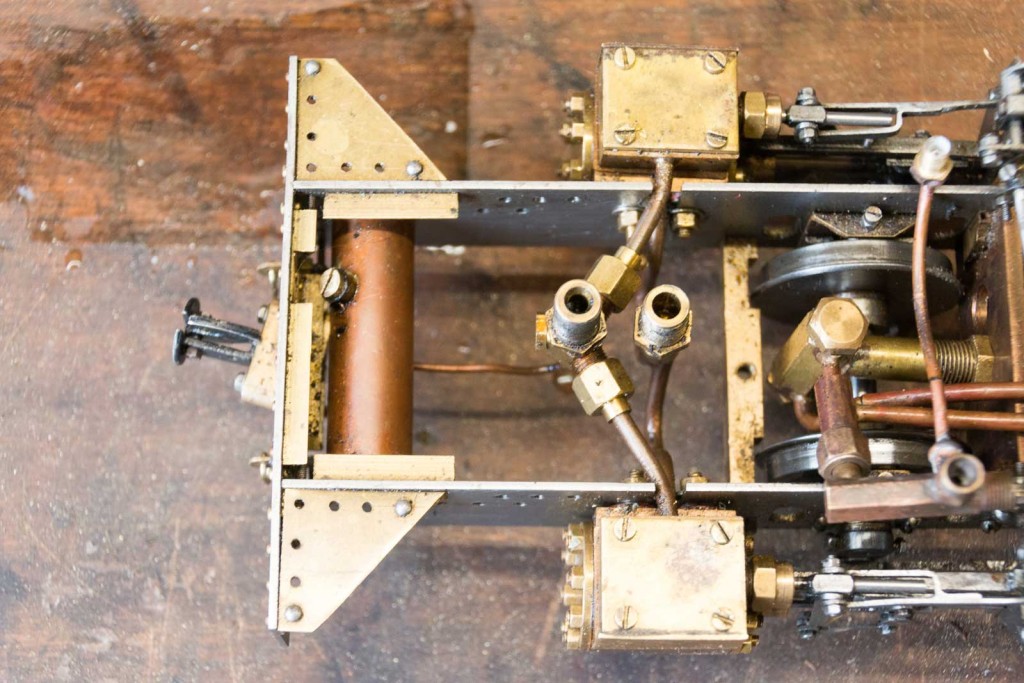 Not wanting to over clutter the backhead, a dead leg lubricator was positioned between the frames. 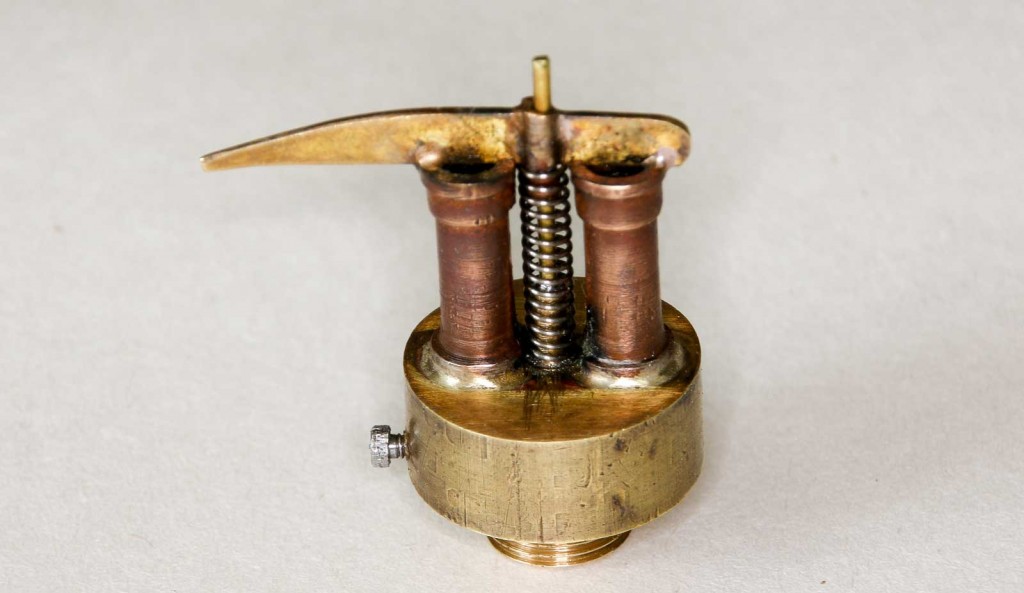 I wanted a good Ramsbottom looking safety valve which took quite a bit of experimentation, but based on Ross Pop internal designs venting through the two tubes it works well. We are now at 2014.

The project floundered here as the boiler construction was next and there were so many imponderables I wasn’t sure how to continue. Tube size and number; wet or dry backhead; grate size; surface heating area; evaporation… 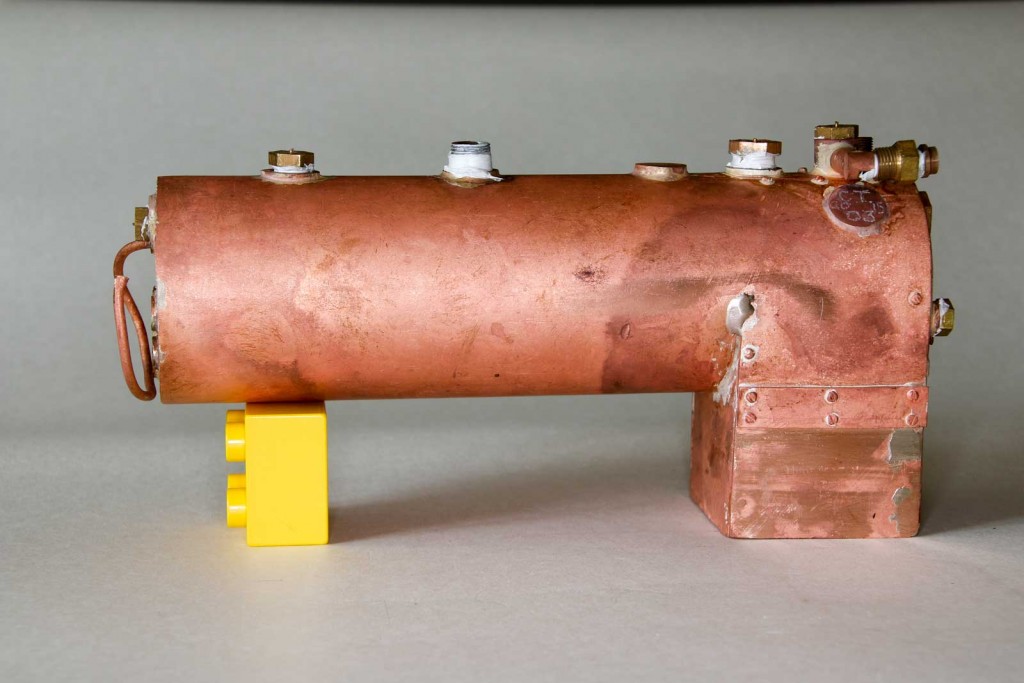 Early in 2016 I bit the bullet and went for a wet backhead with 5 x 5/16” tubes. I’m not proud of the silver soldering on the boiler but after a little remedial work it passed hydraulic testing at 120psi. 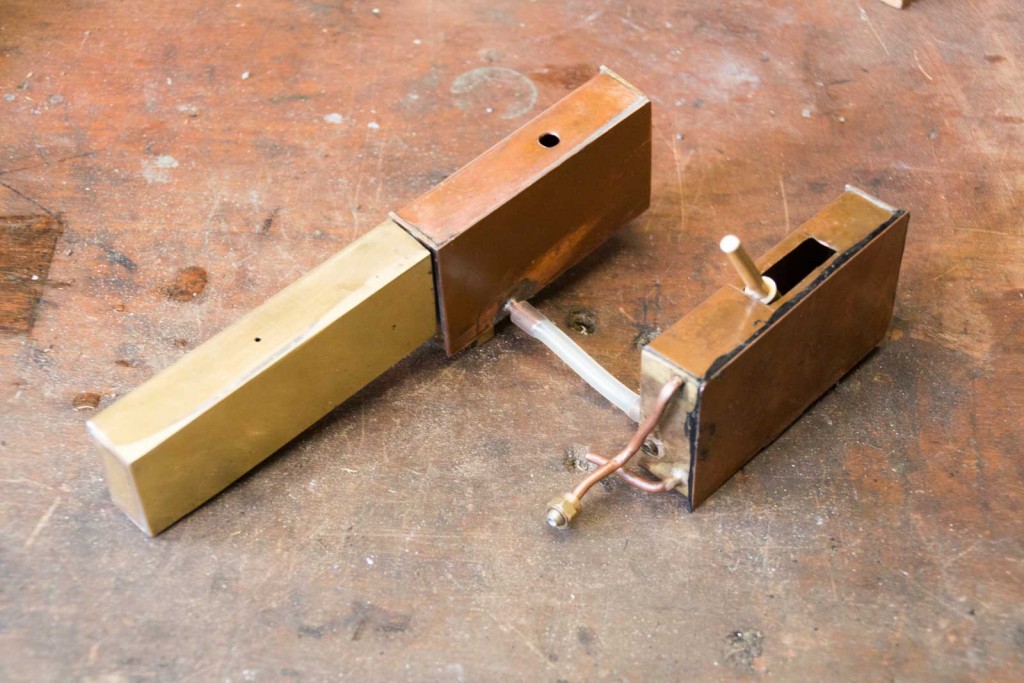 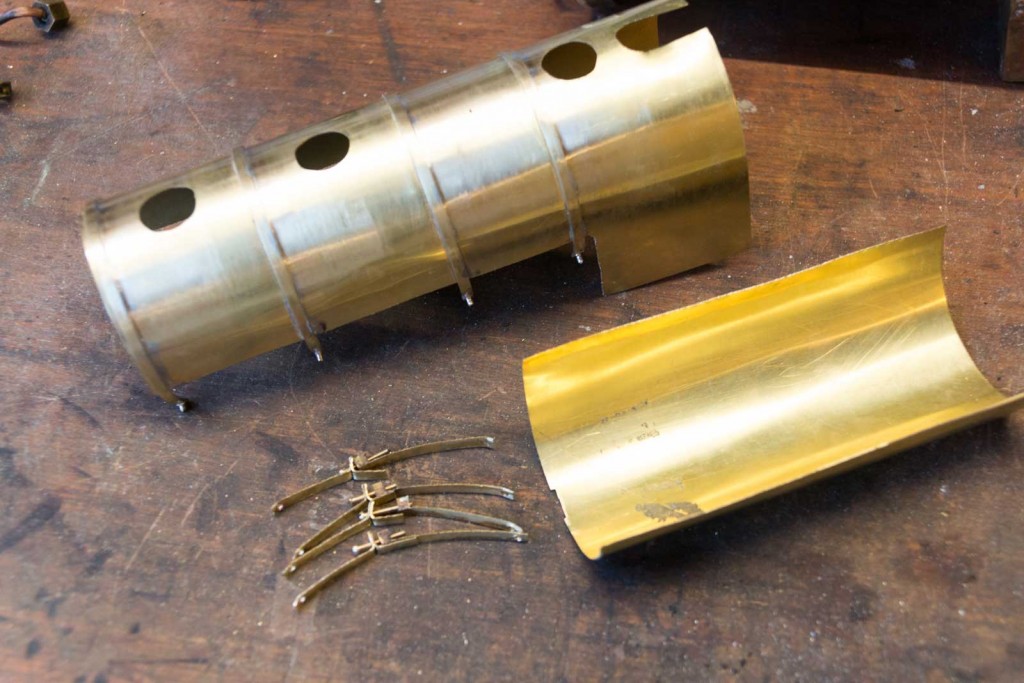 So that Russell could be dismantled for painting the cladding was made in two halves and the boiler band soldered to the top half. This stiffened it up and held the radius nicely. The rest of the platework was again relatively straight forward. The cab roof and back sheet can be removed as one for easy firing.

It was time to assemble everything. The backhead is quite ‘busy’ but everything is accessible. The sand pot atop the boiler is used as a top feed from the axle pump. The fire is dropped by removing the pin that holds the rear pony wheel, ashpan and grate in place. 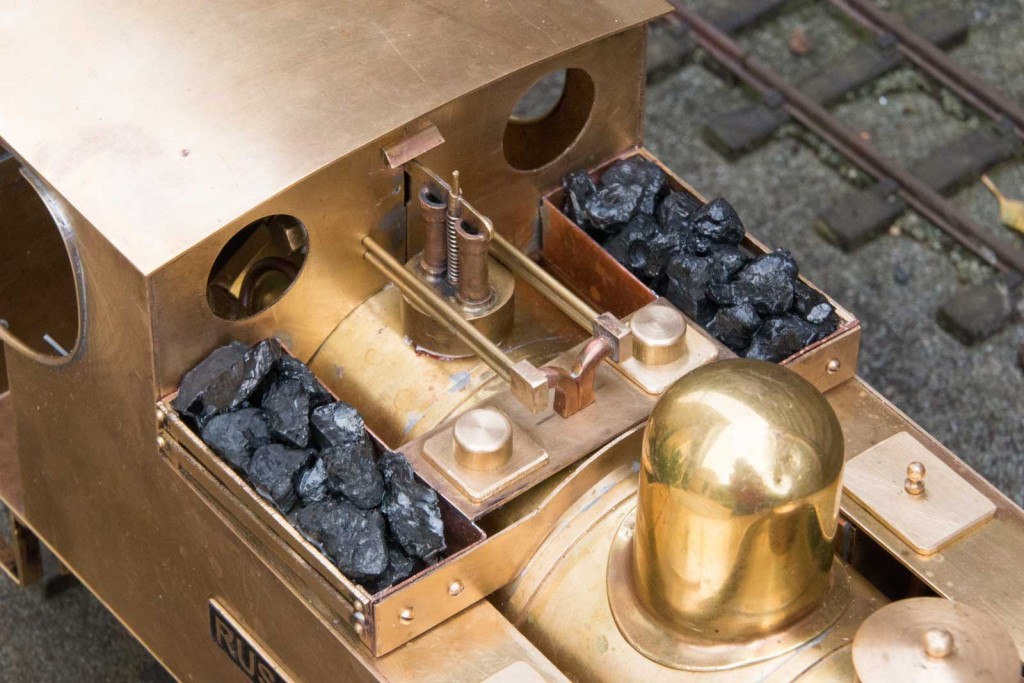 There was some cosmetic detailing required on top of the boiler, all prefabricated from offcuts. Other detailing for the air cylinders were again made from offcuts – never throw anything away – and of course the coal is real! 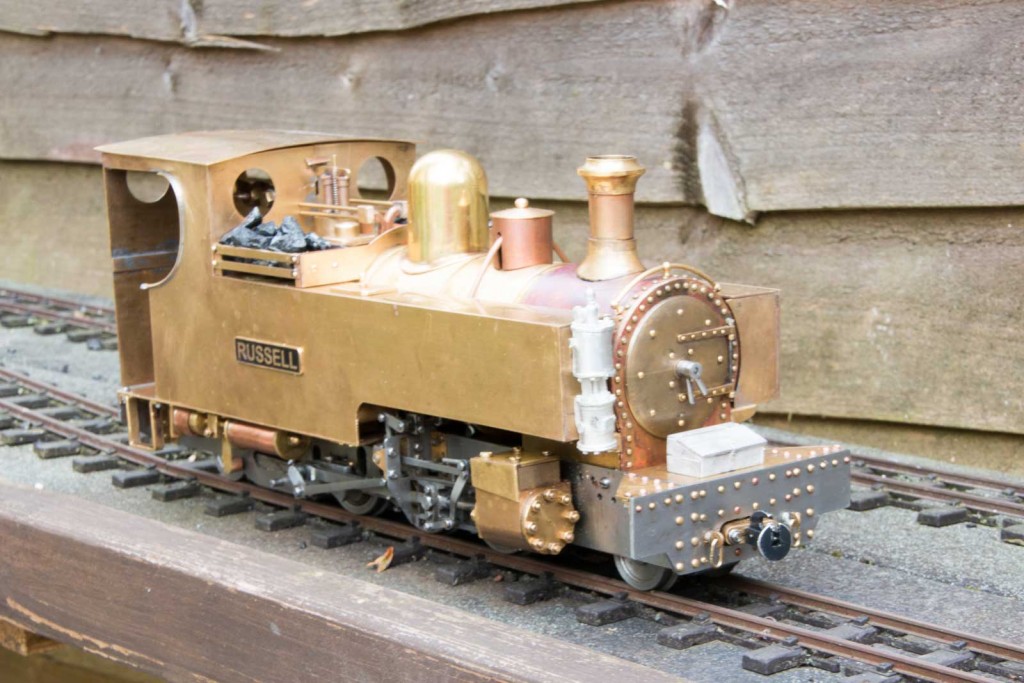 At last in Sept 2016 Russell was finished – unpainted, but mechanically finished. Some proprietary casting were added; the picture of Russell pre-chop down showed a tool/sand box on the front buffer beam. One was added to make removing the cover over the lubricator tank easy, and the obligatory Westinghouse pump casting was also added.

Did Russell work? Well, the answer is yes. However it’s me that needs the ‘running in’, learning how to coal fire. Painting will happen in 2017, when its a bit warmer.

Am I pleased with the end result? Again yes: he’s a good slow runner, free steaming and looks the part with a rake of NWNGR coaches on the hook.

What’s next? Well, the next project has started, Taliesin the double Fairlie. Coal fired? Possibly! This time though not everything will be from scratch: seven years is too long!