I recently purchased an Accucraft Baguley Drewery diesel locomotive for use on my 16mm scale layout. I am basing my layout on Llanuwchllyn station, home of the Bala Lake Railway. As such my locomotives will be used in a “preserved” railway setting.

The closest actual locomotive to the model appears to be No.10 on the Vale of Rheidol Railway.

The model is well built and comes with track pickups as standard, but lacks added details. All of the detail enhancements come from Swift Sixteen.

I have seen that most layouts are garden based, and that may be the reason I see a lot of battery powered electric locos, or radio controlled battery locos.

The LGB system is designed for use outdoors and uses its own version of digital control similar to DCC, and as I have used DCC before for smaller scales I decided to take the plunge.

The main space I have for my layout is inside my business premises so I am constructing a modular base board that can travel.

The advantages of DCC control of the locomotives as I see them are:

What modifications have I made?

Installation of the DCC controller and smoke generator 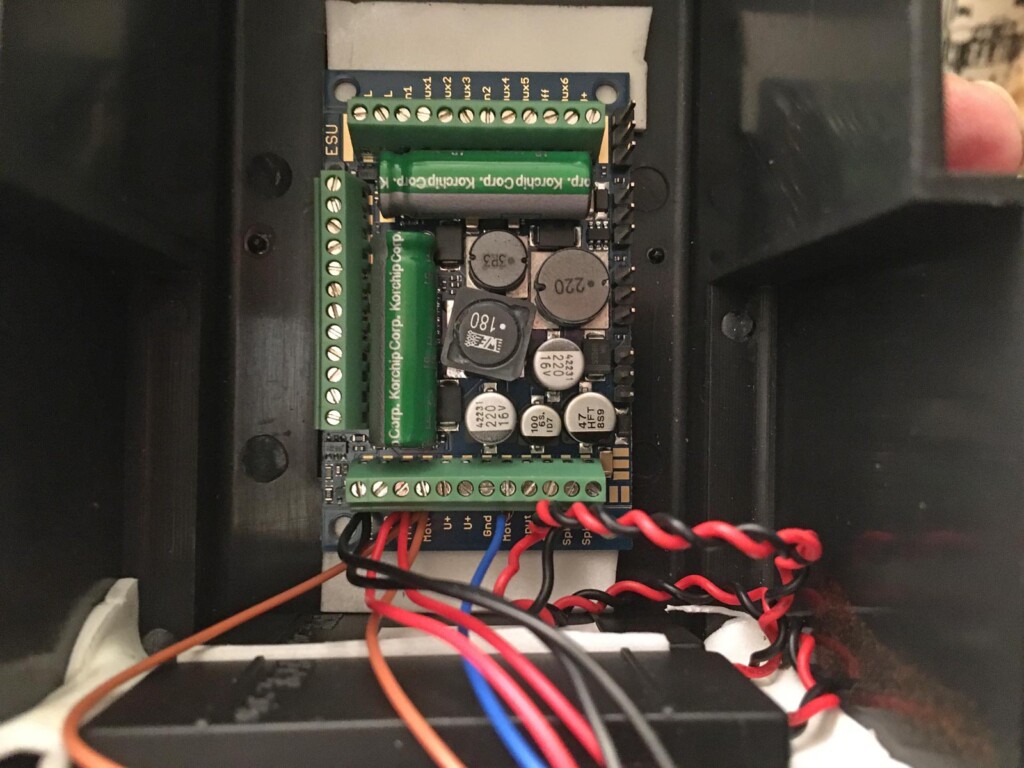 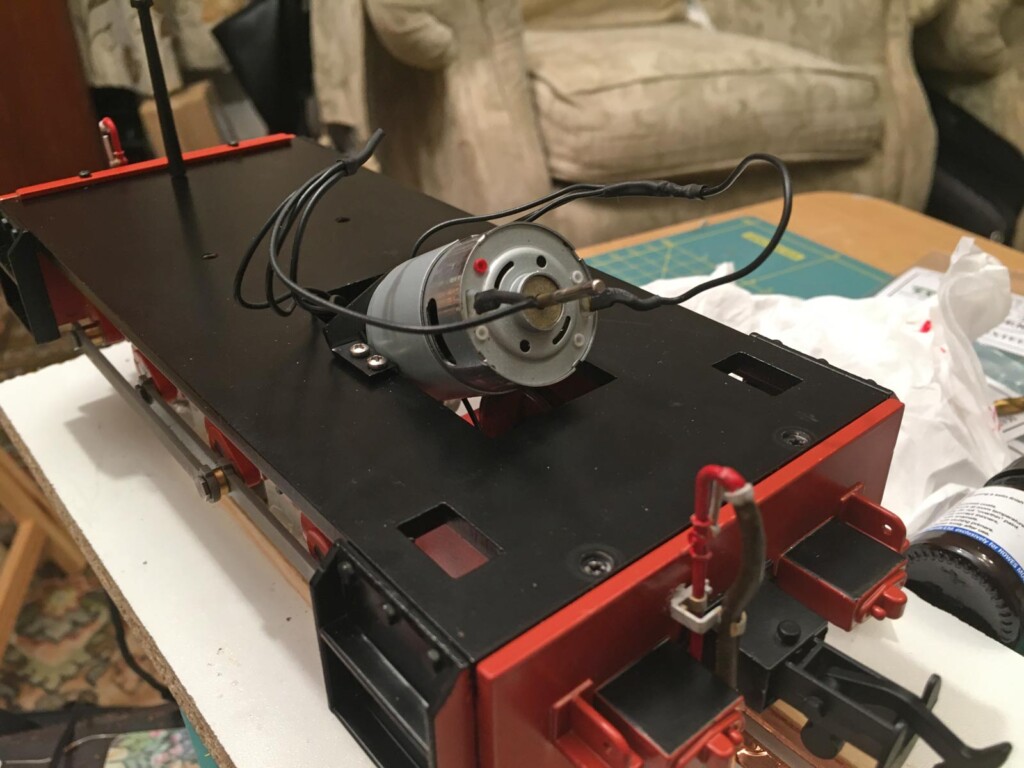 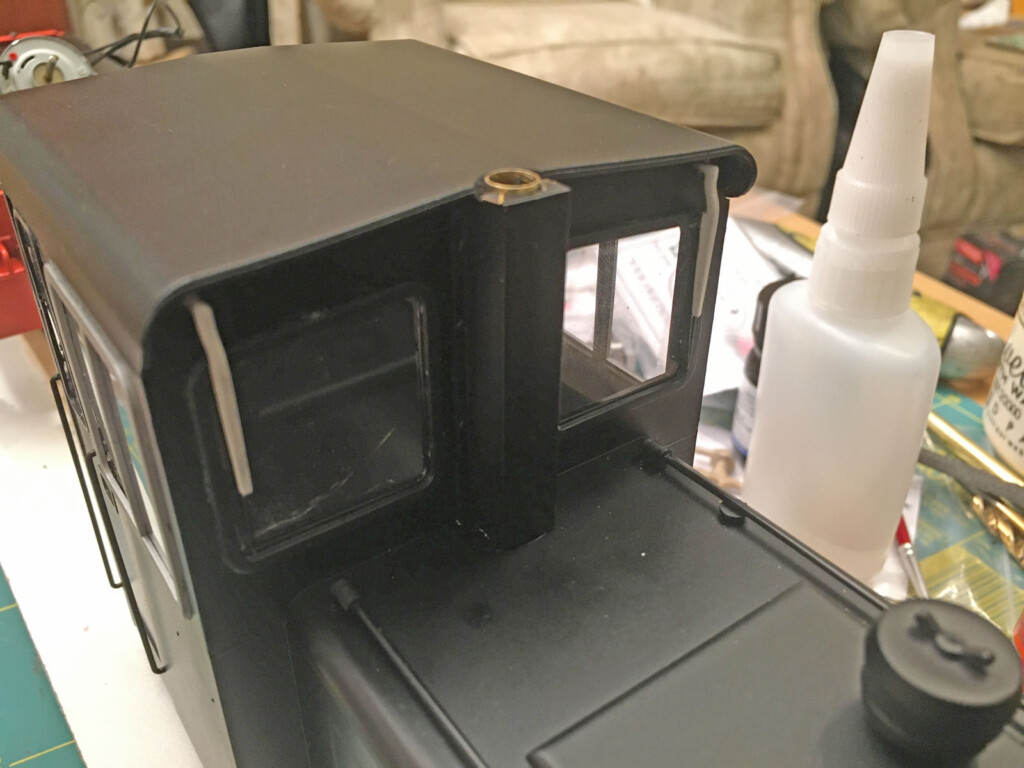 The wiper blades you can see in the photographs have been added as extra detail to match those fitted to locomotive No.10 on the Vale of Rheidol Railway.

In preservation these engines are required to work with air braked coaching stock as well as unfitted goods waggons. The pipes on the prototype come out of the engine bay and down to the couplings, whereas the pipes I sourced are buffer beam mounted. 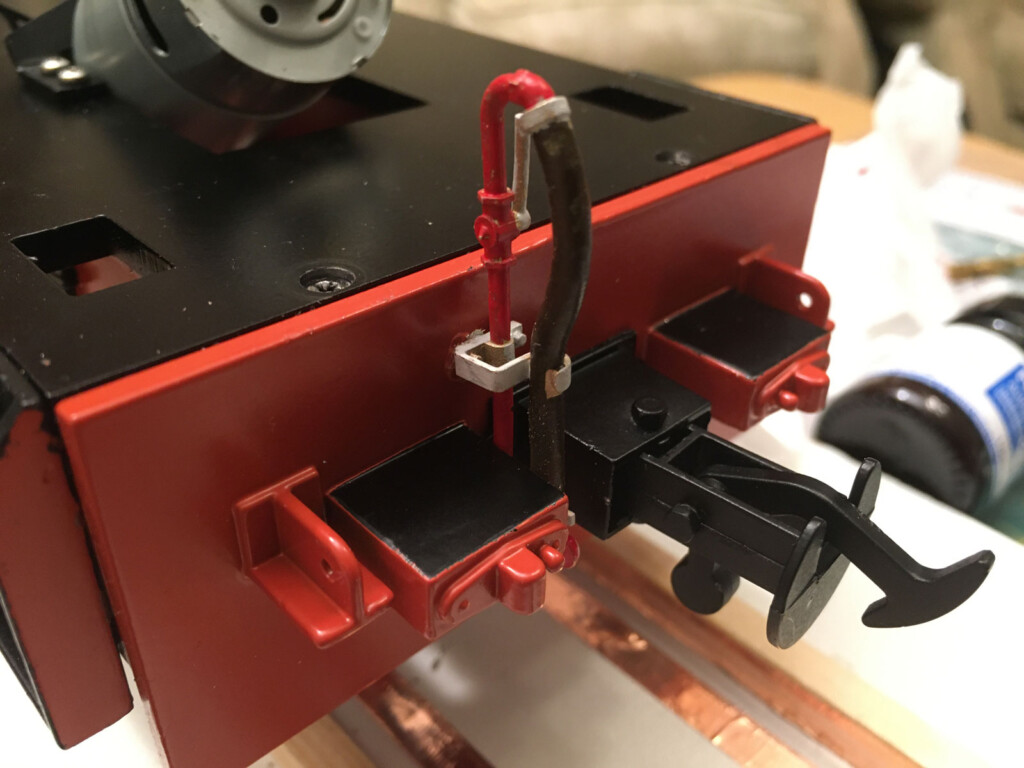 I have found the loco lights from Houston Gate Locomotive Works convert very well to electronic illumination. They are already hollow inside which helps as they take a 3mm bi-colour LED, White and Red.

If you prise out the clear jewelled lens, remove the metallic backing and re-attach with a small amount of super glue they make excellent lenses.

The DCC controller has separate connections for front and rear facing lights, and using and auxiliary output and a relay you can choose to have the red lights showing when moving light engine or white only when hauling a train. 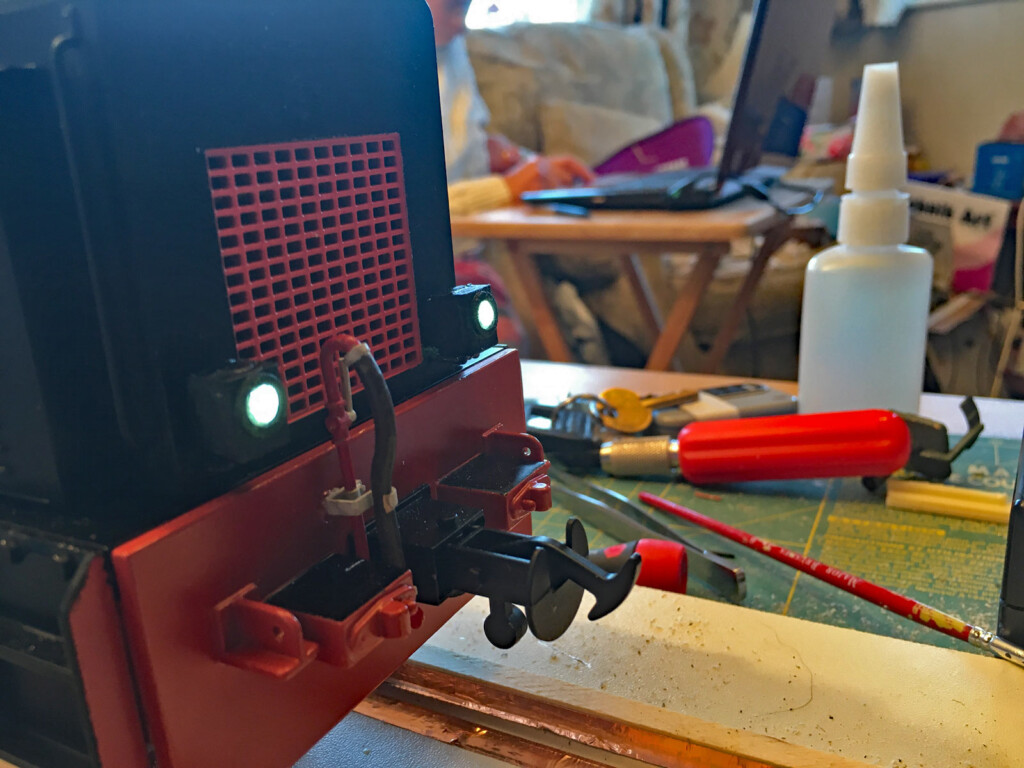 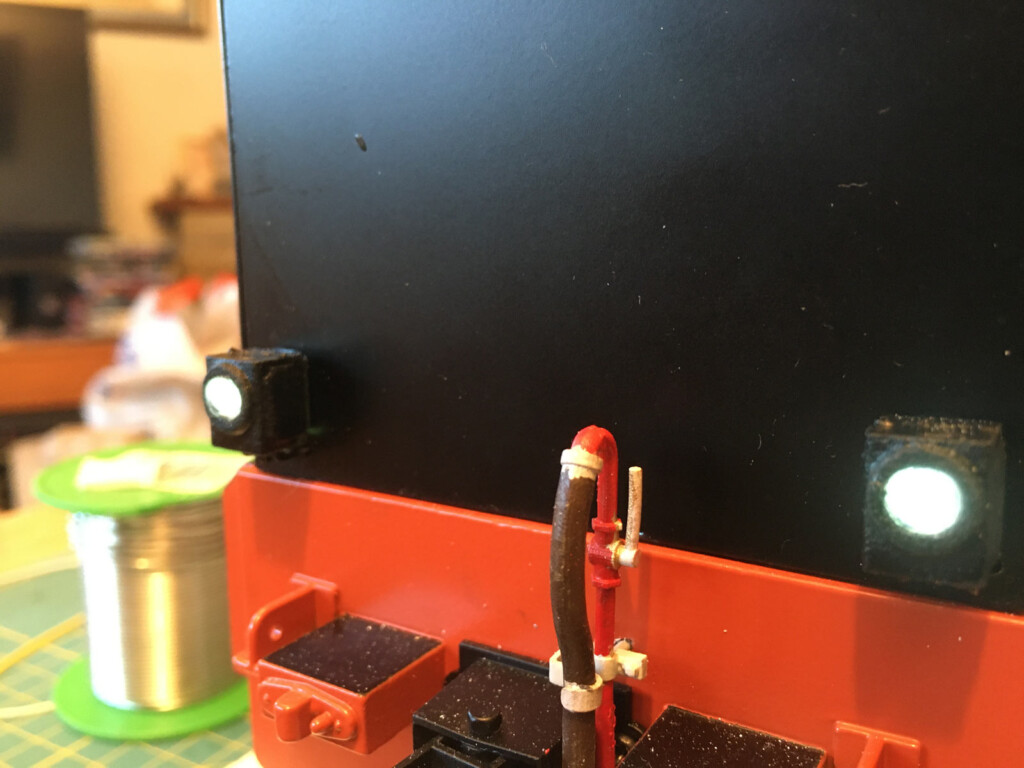 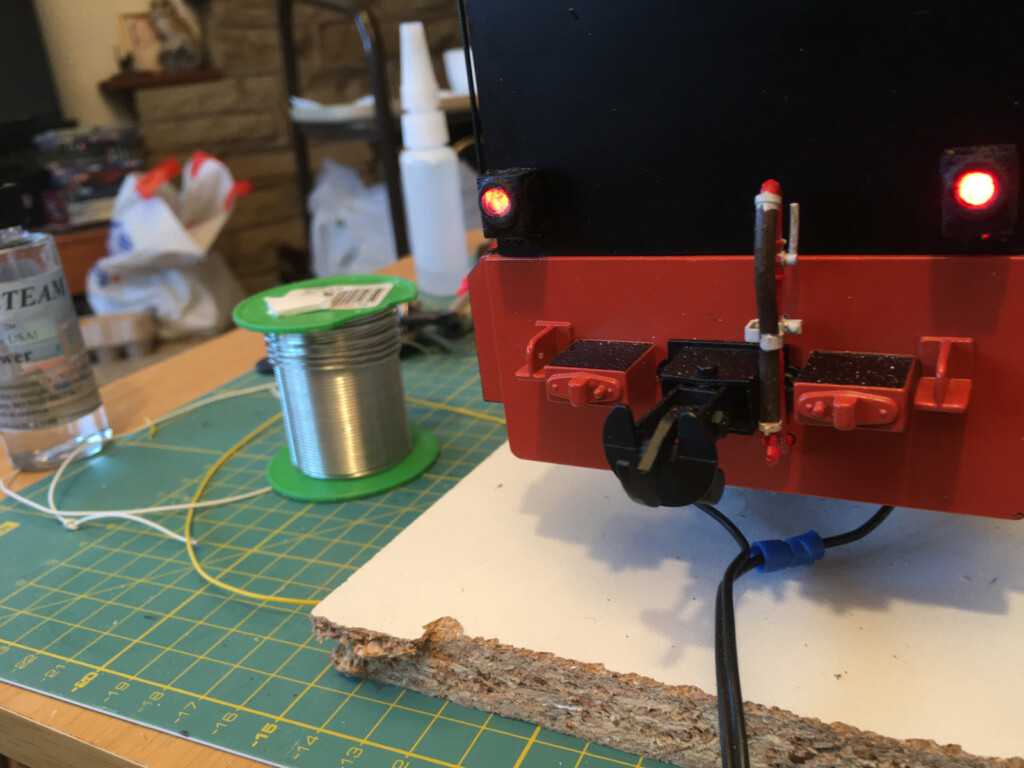 I used these together with photos of the cab from No. 10 to produce a representation of what the cab looks like, again with lighting control by DCC. 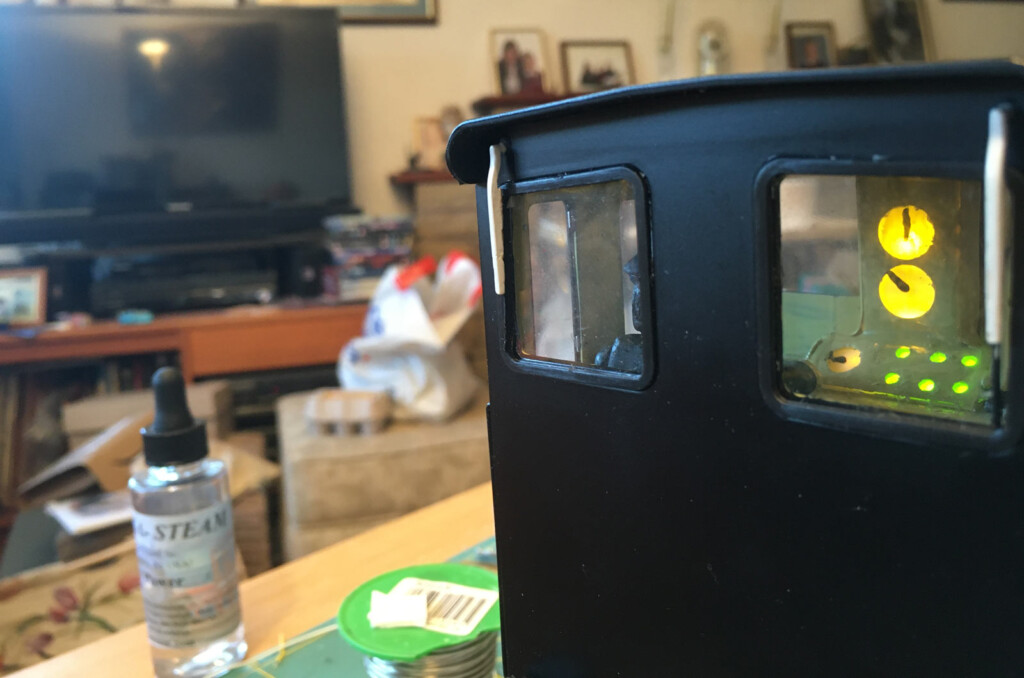 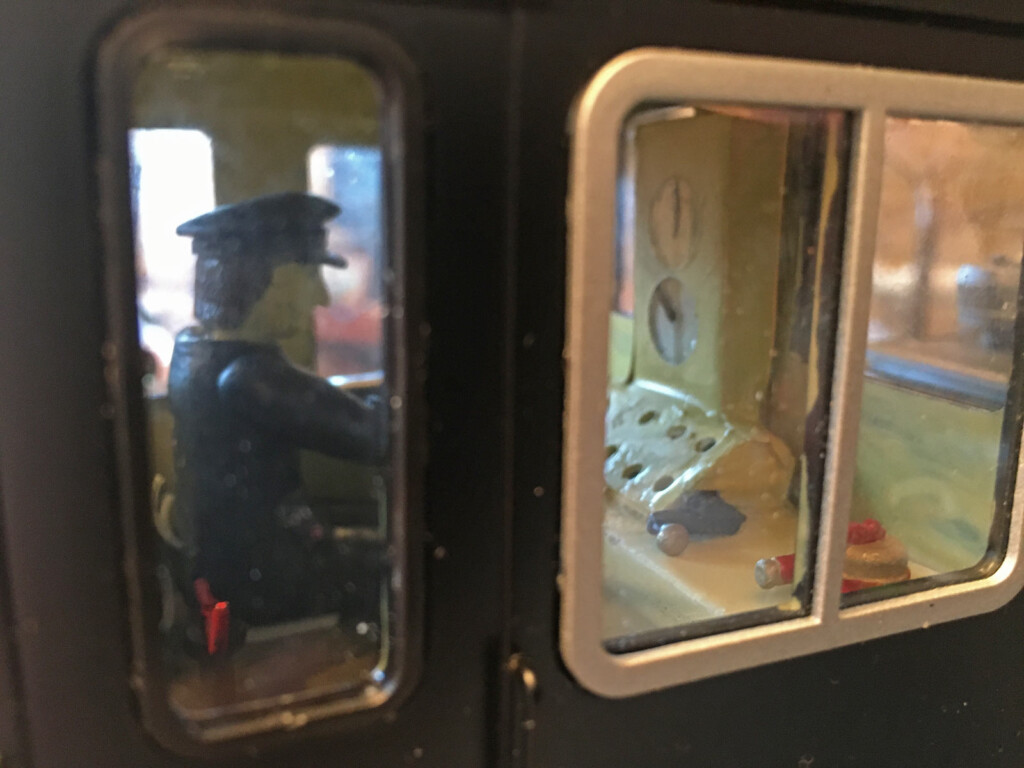 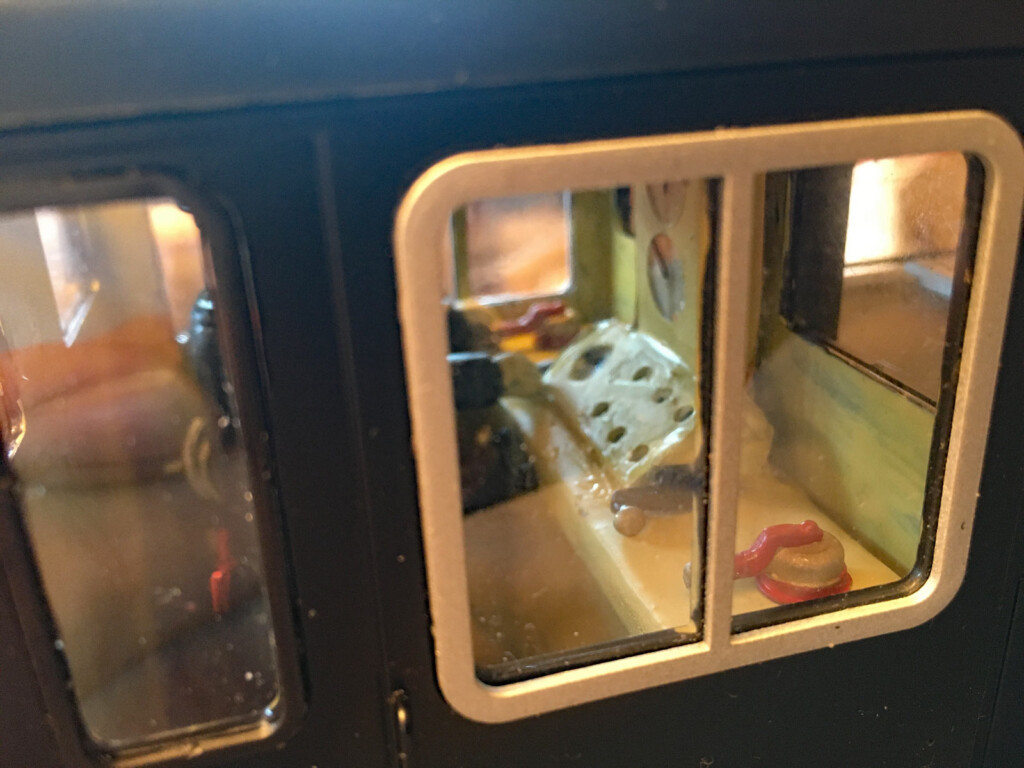