Home » Model of the Month » February 2020: Log trucks
Previous Next

The construction of these trucks came about almost by accident. I was at my daughter’s house just as a delivery of logs arrived for her wood burner stove. In among the larger logs were some smaller ones just the correct scale for 16mm. The decision was made to recycle as much as possible from the “useful stuff box”. 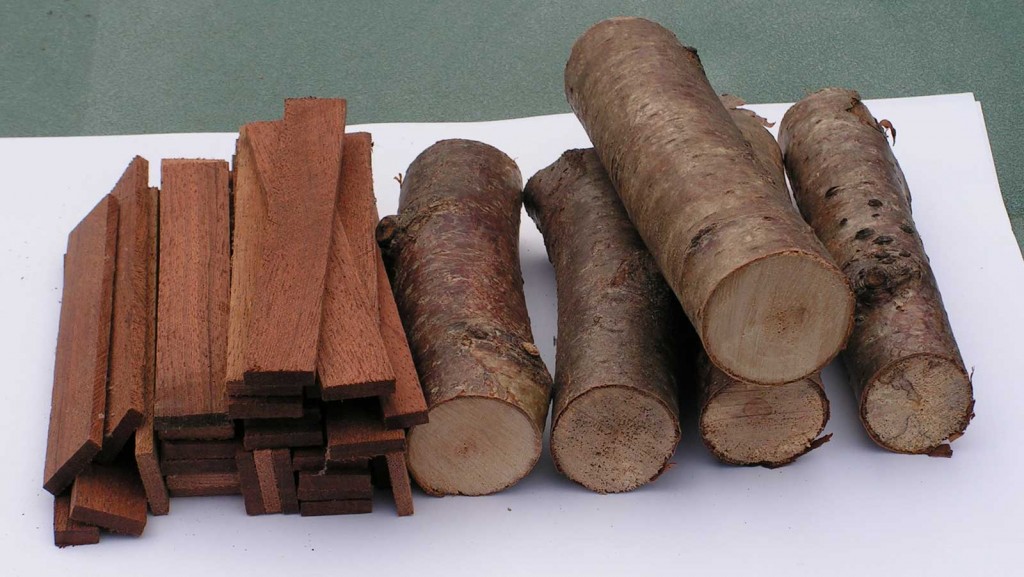 This picture shows the logs to be used for the loads, together with some mahogany planks left over from model boat building projects. Some of these planks would be just right for the truck frames. 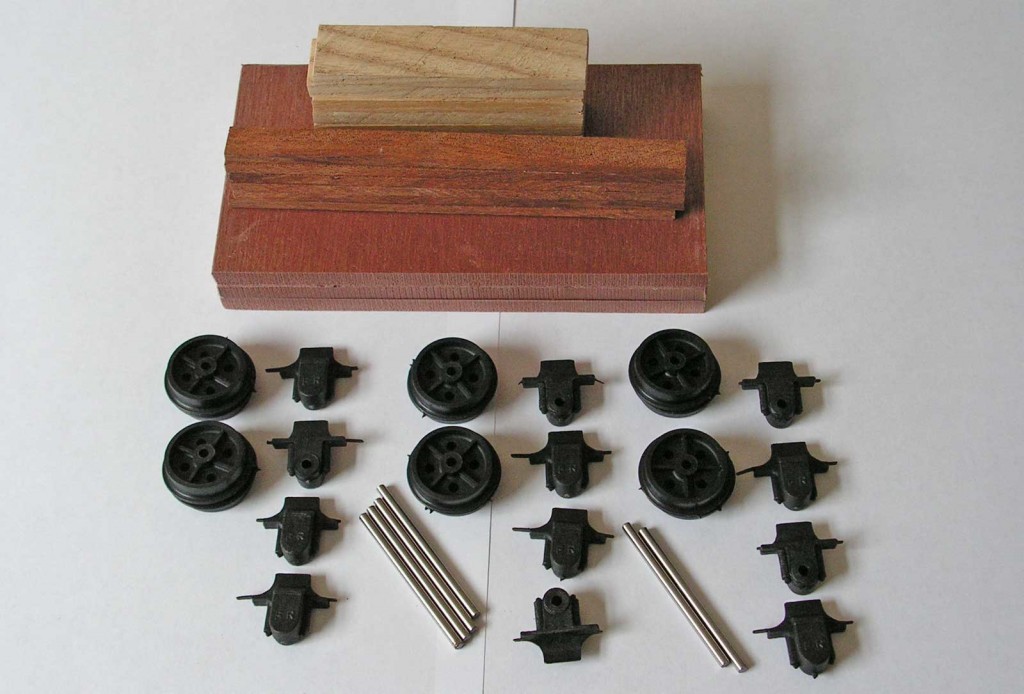 The material used for the flat tops was cut from recycled plastic left over from a fence project in the garden, suitably band sawed to size and scored to form planks. The axle boxes and wheels were bought from the late Colin Binnie at the Stoneleigh Park show many moons ago. They must have been intended for a forest railway as they are embossed “FR” 😄. 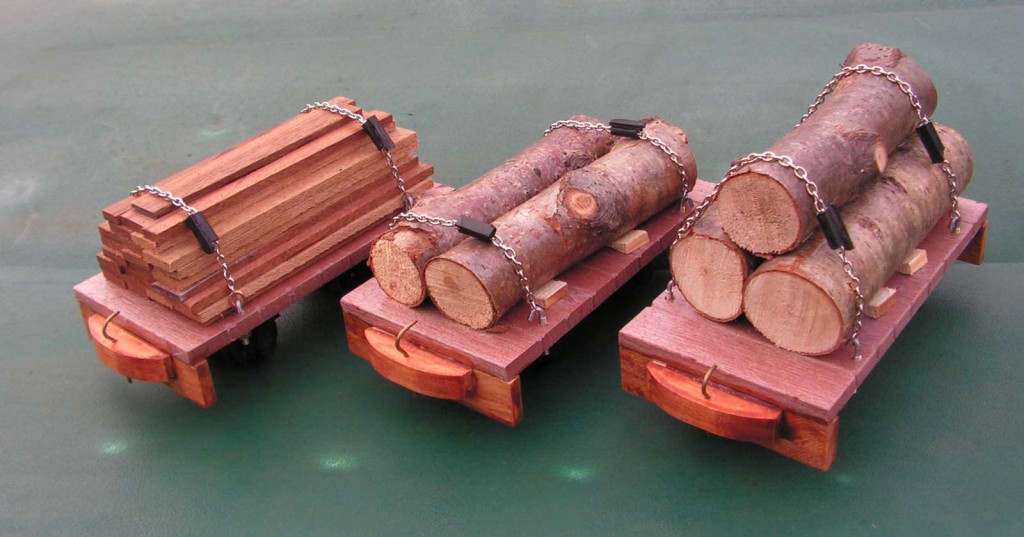 This shows the completed trucks. The only bought in parts were the chains, and these did present a problem: how to tension the chains onto the truck loads. I had some long 6ba screws and turned down the ends to the core diameter and was able to create a hook. They were the fed through holes in the flat top and held with a washer and nut. Not quite prototypical, but under the six foot rule in the garden shrubbery they were OK. 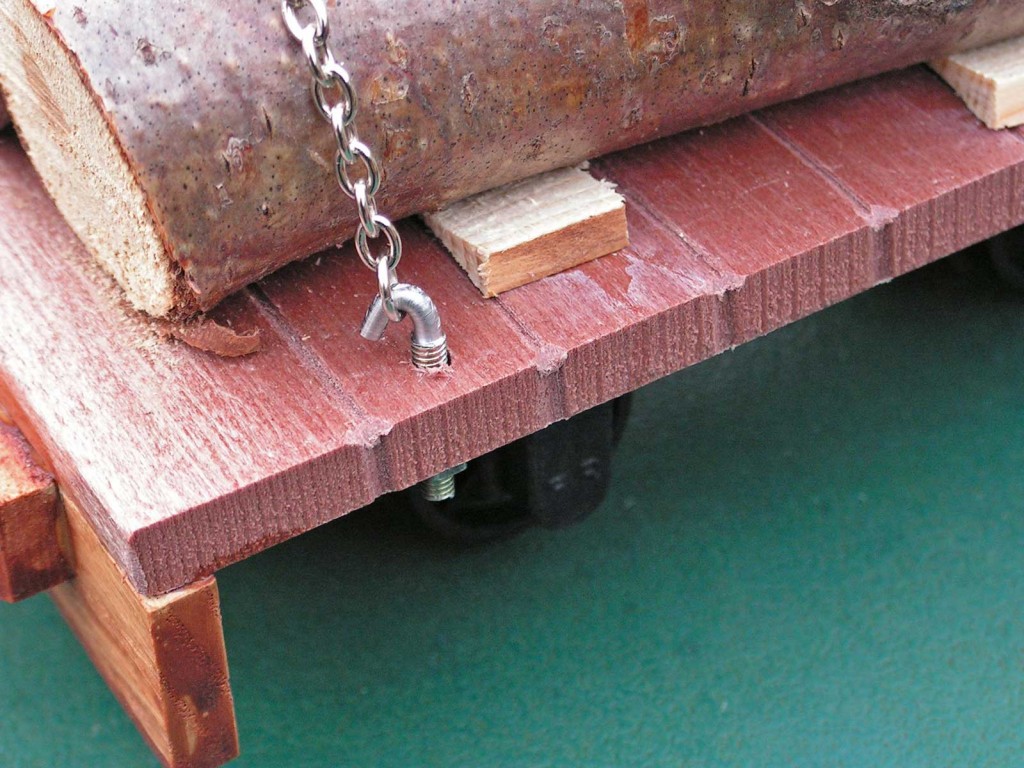 The locomotive used to pull the trucks in the first picture is the works petrol shunter as “Bardale” (the “Eric” variant) is considered too posh to haul logs. What is needed is a proper logging locomotive along the lines of a Lumberjack or even an overtype. May be a good use for the box of Meccano gears and sprockets under the bench, and possibly the twin cylinder model steam boat motor gathering dust!