Of the few locomotives built by Kay, the modified one that worked at Knostrop Sewage Works alongside a pair of Tin Turtles is possibly the best known. Whilst the Motor Rails eventually entered preservation, the unusual Kay was dismantled in the mid-1960s. 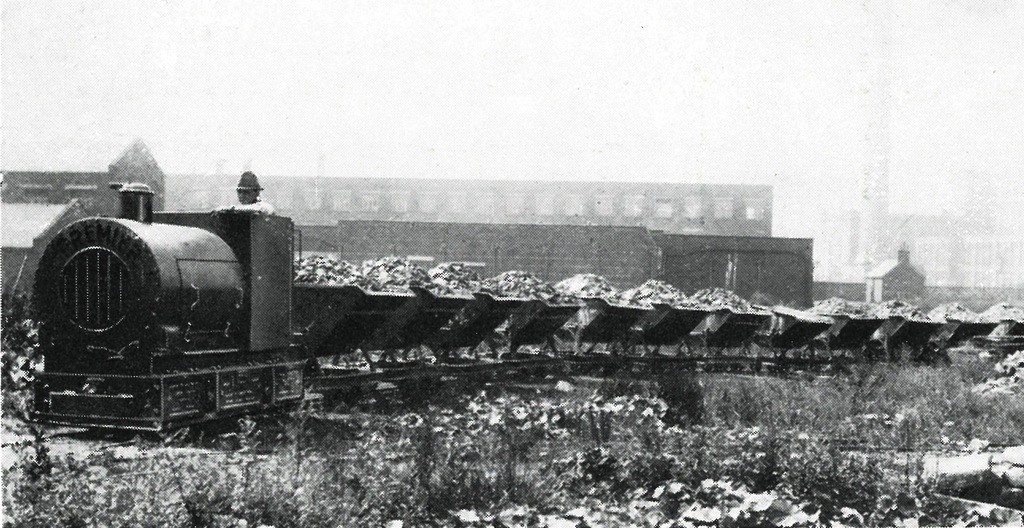 Demonstration train from the Kay catalogue.

Using basic overall dimensions and photographs, a simple scale drawing was created to model the catalogue version of the “Premier”: Length (without buffers) 119mm, width 59mm, height (from top of rail) 79mm, and wheelbase 47mm.

1mm HIPS forms most of the build. Half round gems, a Cambrian brake wheel and Brandbright multi-height couplings were the only bought-in detailing parts. Staples and paperclips form the handles, roundhead pins for cab controls and the dummy axleboxes are spare nylon bearings capped with hole-punch chad. As for the engine compartment – that’s two laminated toilet rolls. 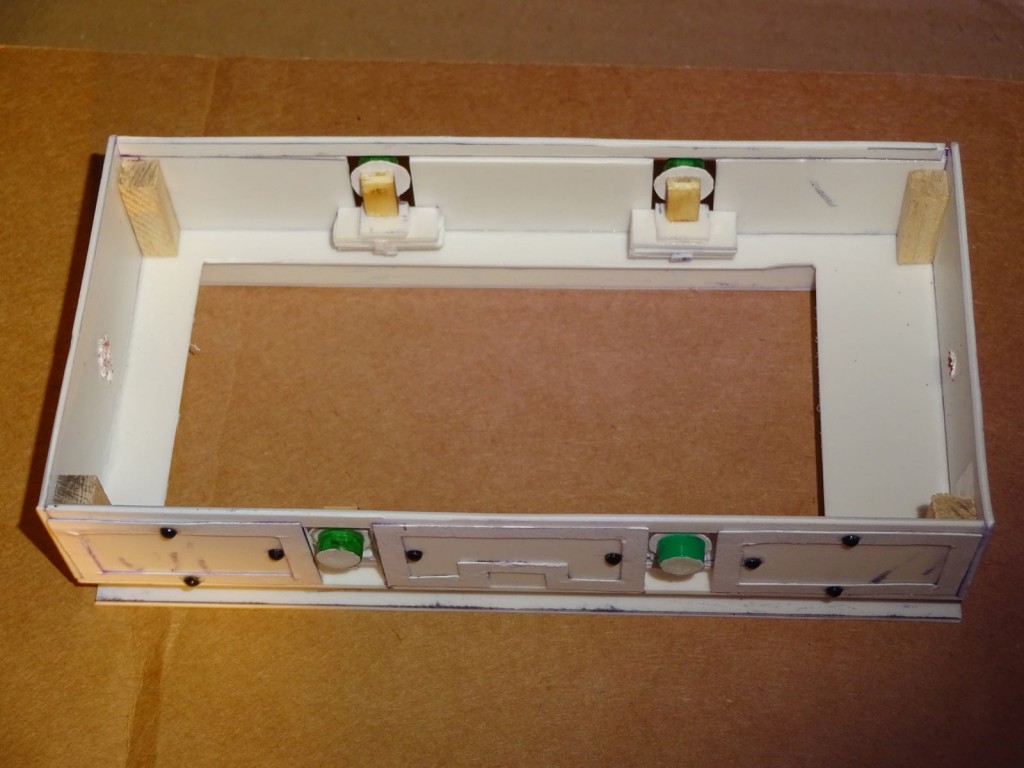 Underside of the frames. 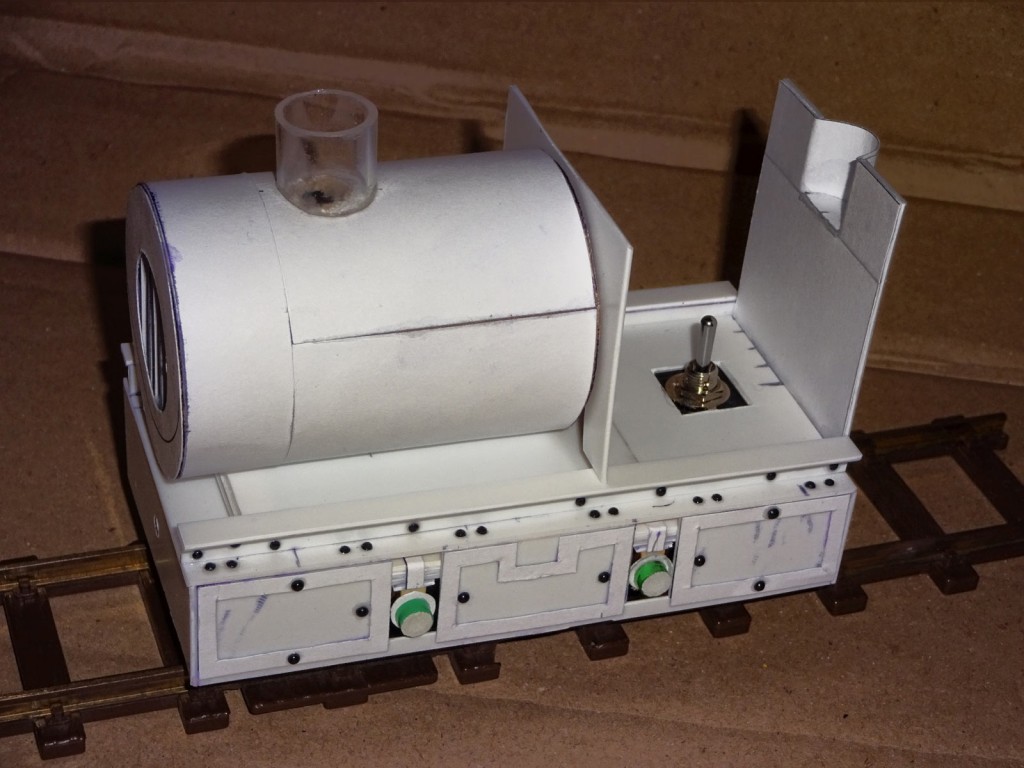 The Bole Laser Craft ‘Greenbat’ chassis is my go-to RTR chassis for their scale speed, compact layout and 4-wheel drive, with only the battery requiring space elsewhere – perfect for small industrials. 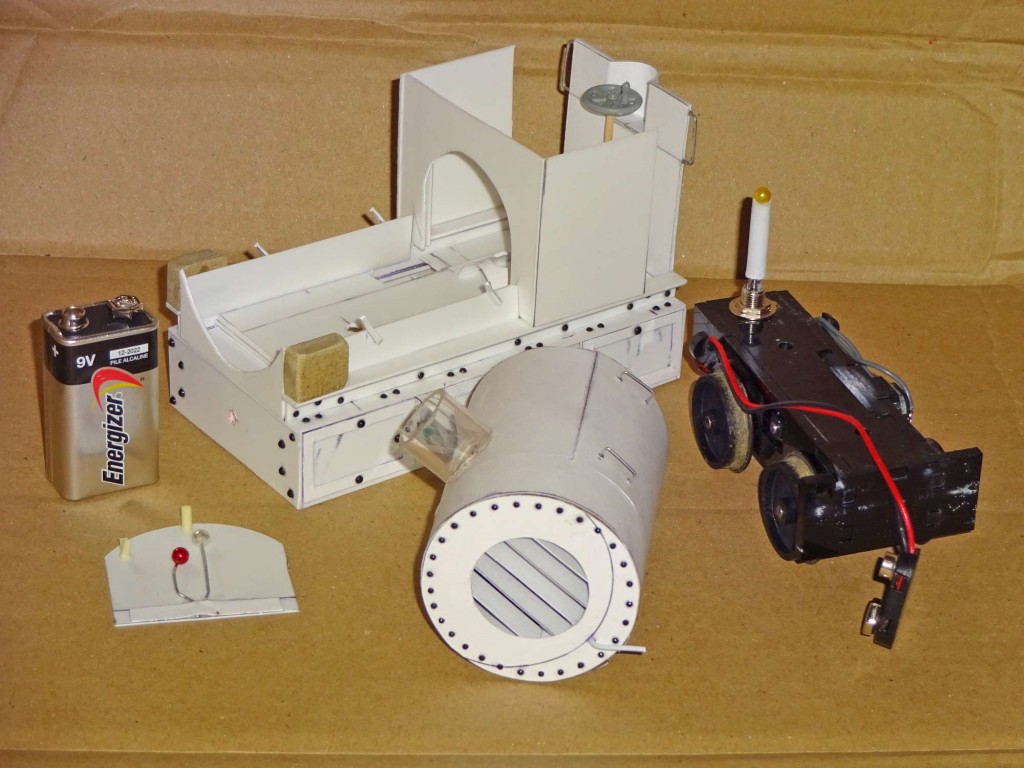 All parts of the loco now ready for priming.

In case of required repairs the chassis is removable – the two fixing screws are accessible through a hole in the gearbox cover and the other through the silencer. The engine compartment separates from the frame. 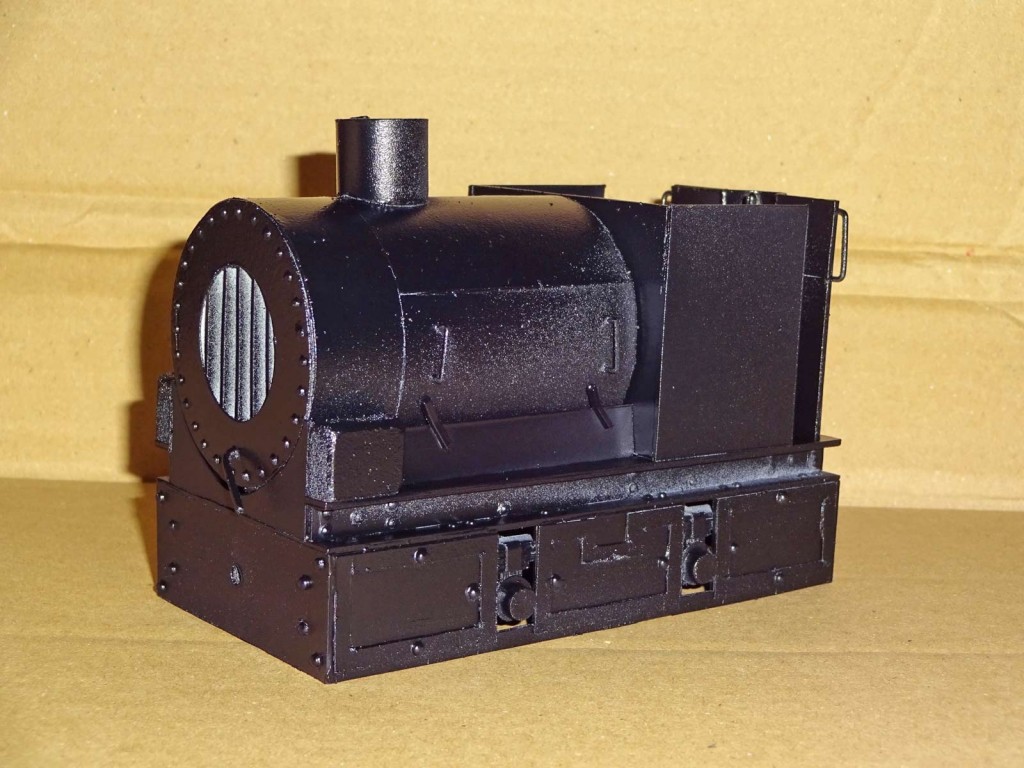 The forward/off/reverse switch was extended for ease of use in a cramped cab. The driver has the luxury of a wooden seat, and the cab interior was brush painted grey to break up the mass of satin black. The next step is weathering to make it look more realistic and bring out the detail. 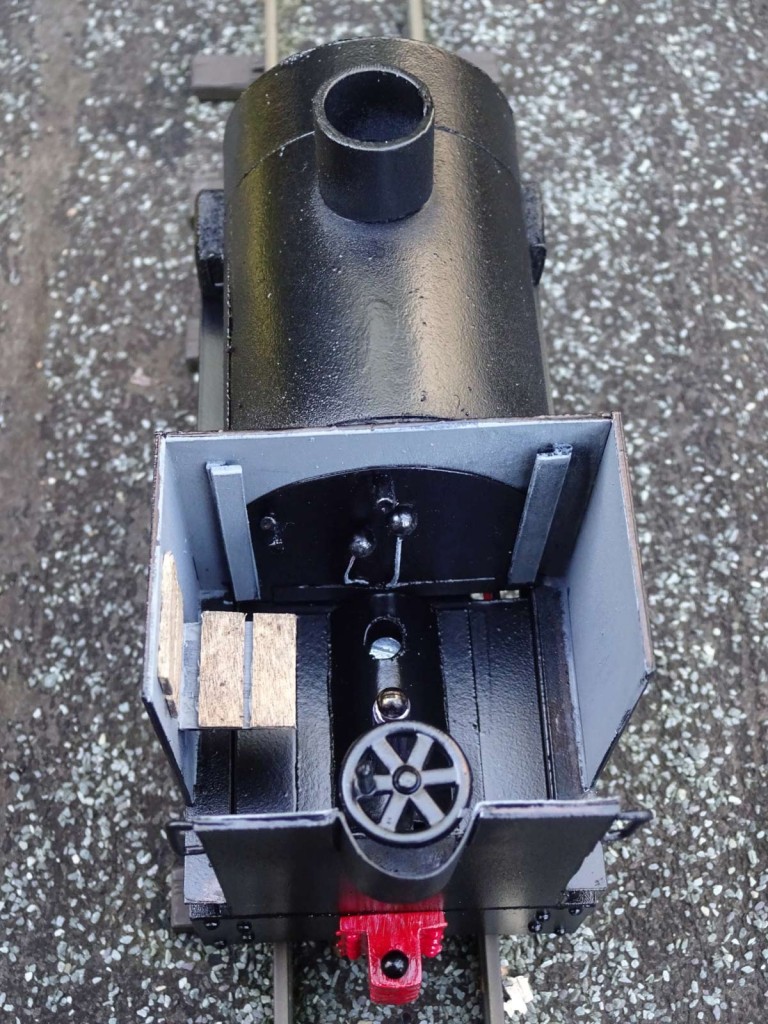 The cab control panel has the levers attached along with fillers for petrol, paraffin and oil. This panel slides out to access the battery held in the engine compartment.

As with my other locos using the same chassis, it will comfortably pull 4 or 5 tippers on an undulating line for many hours. 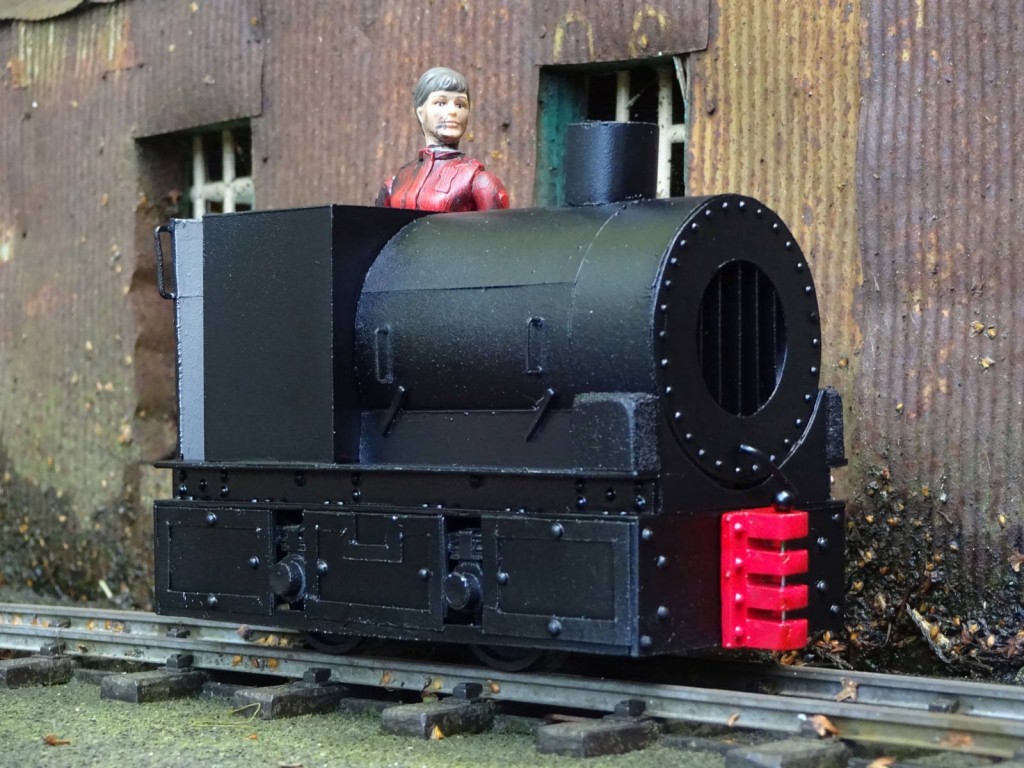 Outside the shed and ready to start work.